Renato Moicano tests positive for COVID-19, fight against Rafael Fiziev rescheduled for UFC 256
This topic has been deleted. Only users with topic management privileges can see it.
F
F
fightgal Reply Quote 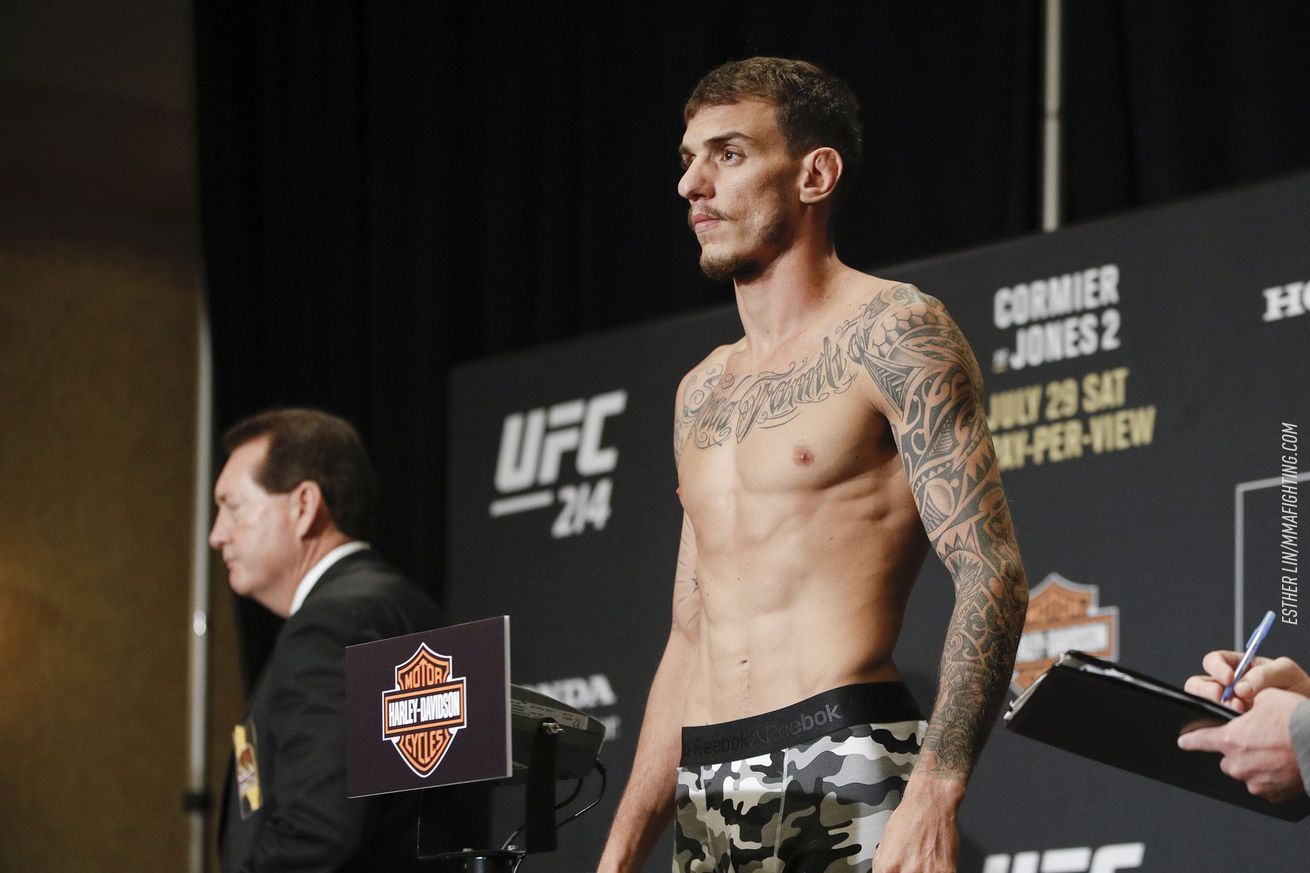 A late change has been made for the upcoming UFC event on Nov. 28 as the fight between Renato Moicano and Rafael Fiziev has been pulled from the card.

According to multiple sources speaking to MMA Fighting on Saturday, Moicano tested positive for COVID-19 and the fight with Fiziev is currently being rescheduled for UFC 256 on Dec. 12. The news was first reported by Punchline MMA during an interview with Moicano where he revealed his positive test.

Moicano is looking to build on a submission win over Damir Hadzovic in his last outing back in March. The fight served as Moicano’s first time competing at lightweight in the UFC.

As for Fiziev, he’s rattled off back-to-back wins in his past two outings including a Fight of the Night performance against Marc Diakiese in July.

While the upcoming UFC card on Nov. 28 takes a hit, the final pay-per-view of 2020 on Dec. 12 will get an extra boost with Moicano vs. Fiziev now expected to take place that night instead.