Jussier Formiga opens up on UFC release, ‘never felt truly valued’
This topic has been deleted. Only users with topic management privileges can see it.
F
F
fightgal Reply Quote 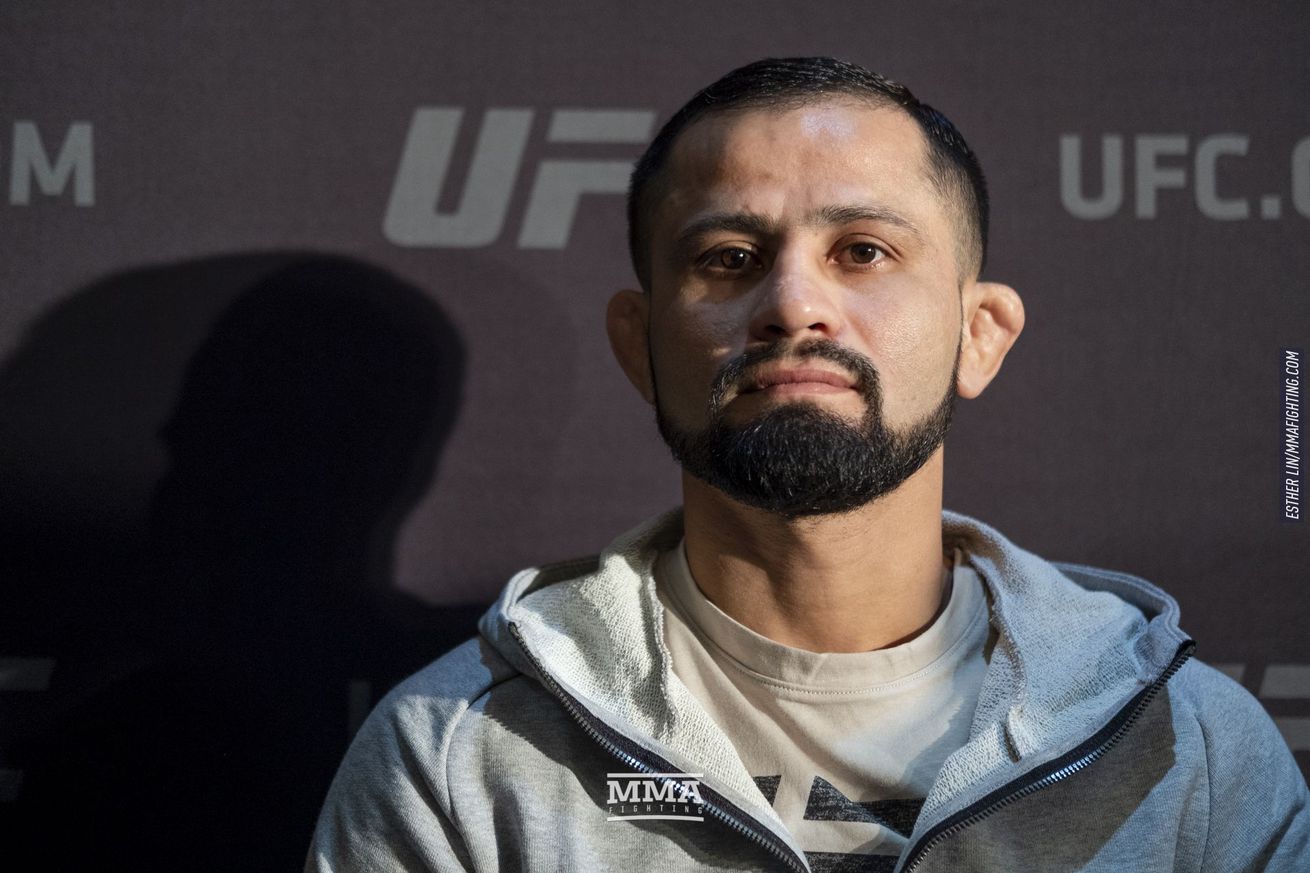 Jussier Formiga is open to fighting as a bantamweight if money is right. | Esther Lin, MMA Fighting

Top-ranked flyweight Jussier Formiga was let go by the UFC in a move that surprised many people in the MMA community – the Brazilian included.

A longtime veteran of the sport, Formiga told MMA Fighting he was informed of the release this past week, one month after the company reached out asking if he was healthy to compete before the end of the year.

“My manager said I was on the final stages of recovery, but wasn’t 100 percent ready to fight yet, and they said OK,” Formiga said. “They contacted my manager again last week and said they were going to cut 75 athletes, and I was one of them. What am I going to do? If they decided to cut me, there’s nothing I can do.”

Formiga was victorious in nine of 16 bouts under the UFC banner, including wins over future champion Deiveson Figueiredo and title contenders Sergio Pettis, Wilson Reis and Chris Cariaso. He parted ways with the company following defeats to Joseph Benavidez, Brandon Moreno and Alex Perez.

“I can’t complain; I can’t be ungrateful to the UFC,” Formiga said. “The UFC was great for me, even though I never felt truly valued in the UFC. But it was a great opportunity in my life, a good time. Everything in life has a beginning and an end.”

The Brazilian flyweight, once considered the best 125-pounder on the planet before the UFC opened the weight class, never got his shot at the promotion’s gold.

“I think there were many opportunities I could have fought for the belt,” Formiga said. “I fought athletes that fought for the belt, I beat some, but I didn’t fight. It’s a bit confusing to think about it. The first time, I won three in a row and they said I needed one more before fighting for the belt, and I lost a split decision to [Henry] Cejudo in Mexico.

“When I won four in a row, they said they couldn’t create an interim belt because Cejudo had the undisputed [belt]. It’s complex to think that way. That’s why I say I didn’t feel completely valued in the UFC. And I was the only guy to beat the current champion [laughs]. They just don’t give a f*ck. If they wouldn’t value me, then I’ll find my value elsewhere. I’ll find out my true worth.”

His UFC release is still fresh, but Formiga said he has already been offered a deal from Brave CF to compete at their flyweight grand prix; he turned it down because he still can’t take a fight. Formiga’s manager is also in talks with ONE Championship and Bellator, he said.

“Depending on the offer, if it’s something interesting, I’ll definitely think about it,” Formiga said of moving up to bantamweight to join Bellator because the company doesn’t have a 125-pound class. “Sergio Pettis, whom I beat in the UFC, is fighting at 135 there, so it’s not something out of this world. But it would have to be a great offer, for sure.”