Maycee Barber vs. Alexa Grasso set for UFC 258
This topic has been deleted. Only users with topic management privileges can see it.
F
F
fightgal Reply Quote 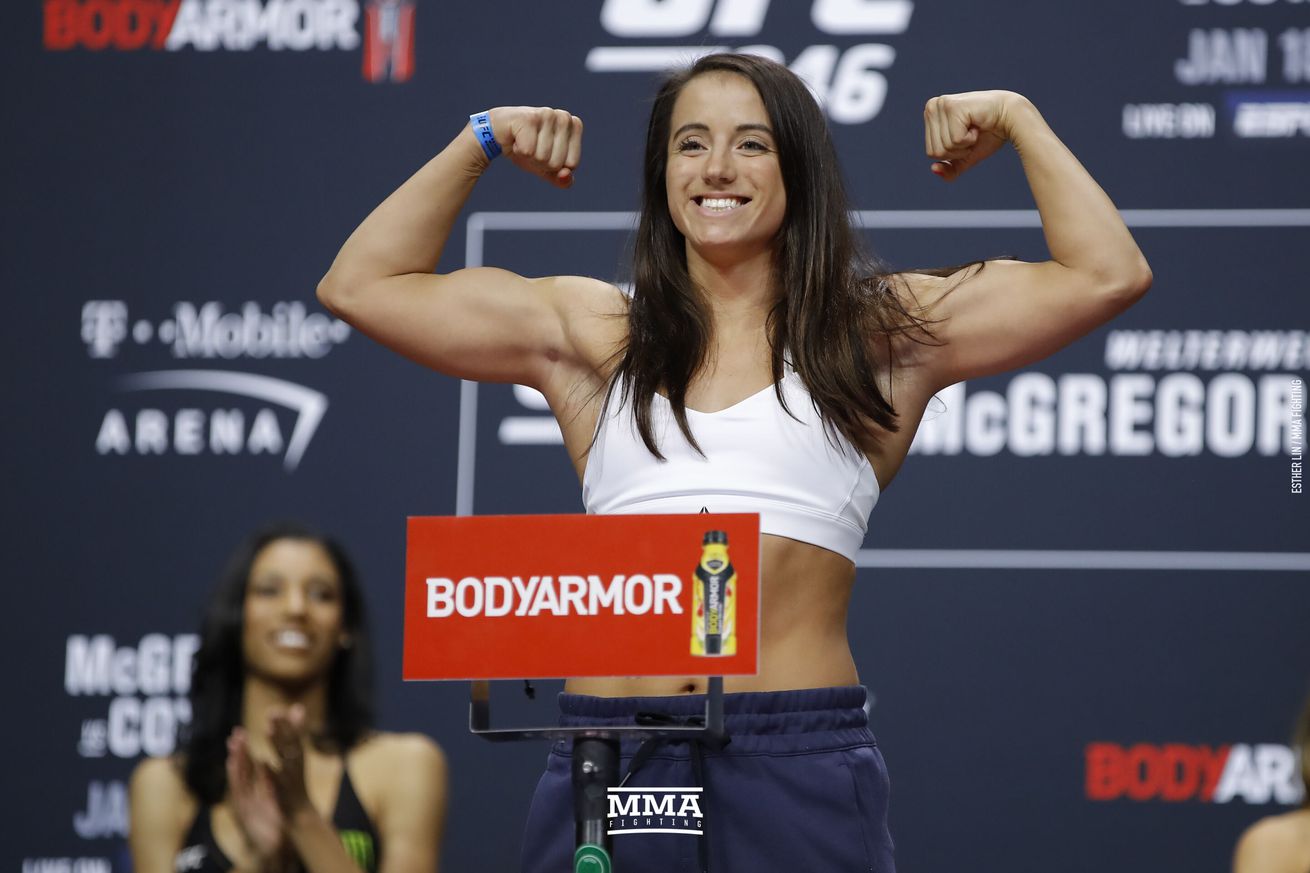 Flyweight prospect Maycee Barber has her next challenge.

Following an initial report by Milenio, the UFC officially announced Tuesday that Barber (8-1) will fight Alexa Grasso (12-3) in a flyweight bout on Feb. 13 at UFC 258 at a location still to be determined.

This will be Barber’s first fight coming off of a loss as she dropped a unanimous decision to veteran Roxanne Modafferi in her previous outing at UFC 246 in January. A Contender Series signing, the 22-year-old Barber won her first three UFC fights against Gillian Robertson, JJ Aldrich, and Hannah Cifers, all by TKO.

Grasso, 27, is looking for her first win streak in over four years. In August, she moved up to 125 pounds after having issues making the strawweight limit, including an incident in January in which she was forced to withdraw from about against Claudia Gadelha after missing weight by over five pounds.