Khaos Williams confident he can knock out any fighter: ‘Nobody bulletproof’
This topic has been deleted. Only users with topic management privileges can see it.
F
F
fightgal Reply Quote 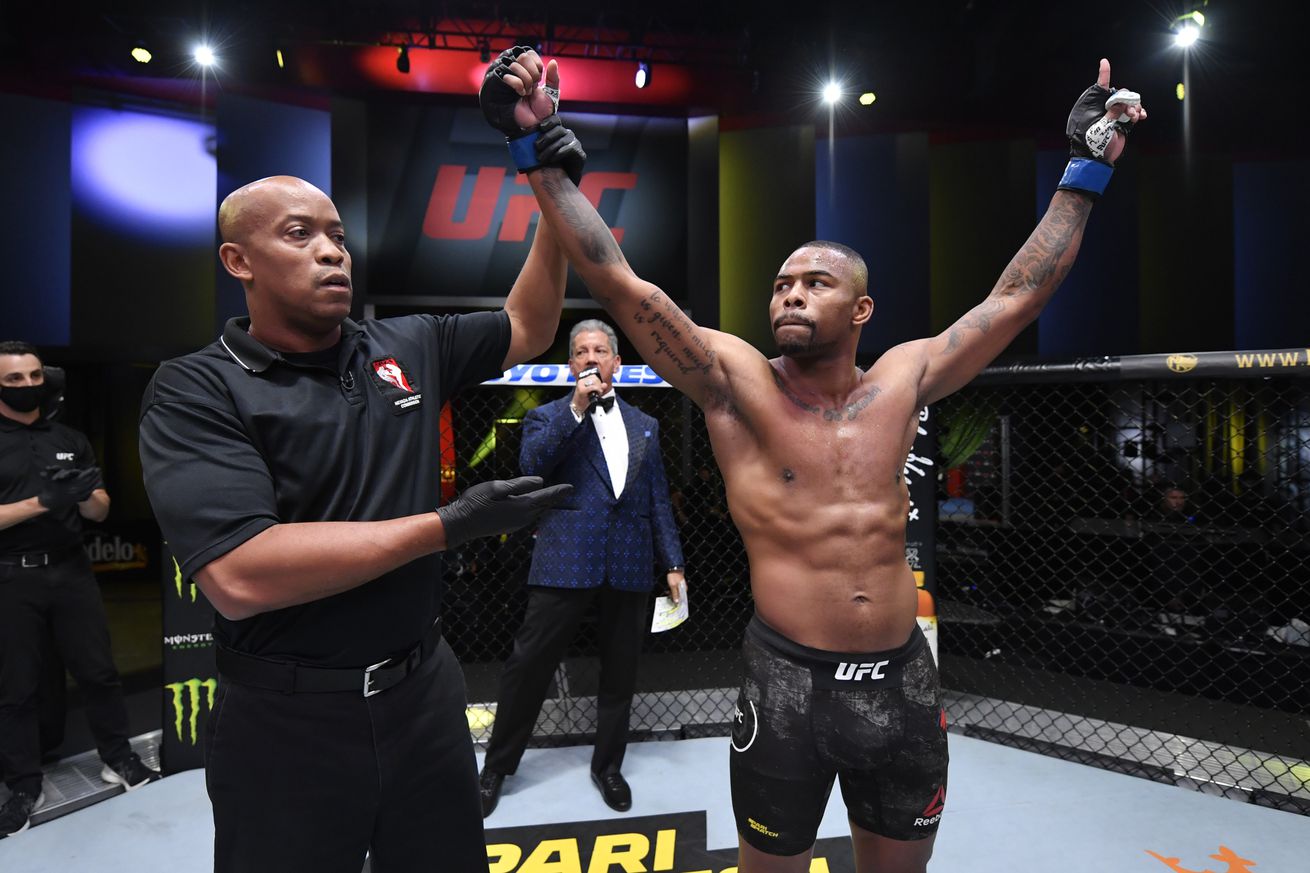 Facing an opponent who, like himself, had never been finished before, Khaos Williams knew something had to give.

And it wasn’t going to be him.

Williams was matched up with fellow knockout artist Abdul Razak Alhassan in the co-main event of Saturday’s UFC Vegas 14 show and it was Williams who emerged triumphant, decking Alhassan with a right hand that landed square on the chin to end the fight at the 30-second mark of round one.

It was the first knockout loss of Alhassan’s career and the second knockout win for Williams in as many UFC appearances. At the evening’s post-fight press conference, he explained where the confidence in his finishing ability comes from.

“I feel like I can knock anybody out,” Williams said. “It’s a fight. If you hit somebody hard enough, they might be able to knock me out, who knows? But at the end of the day, I feel like we all human beings and like I said before, metaphorically speaking, nobody bulletproof. You hit me a hard way, I hit you a hard way, you’re gonna go down.”

Williams didn’t specify the set-up for that punch as something that he specifically works in on the gym, pointing more to to his general emphasis on being technical as the reason that the knockout developed. Neither of Williams’ UFC fights have lasted longer than 30 seconds as his promotional debut against Alex Morono ended in a 27-second knockout victory for Williams.

Given the quick rise of fellow welterweight Khamzat Chimaev, Williams was asked if he should be viewed in a comparable light as far as hype goes.

“They can, they cannot,” Williams said. “It’s up to them. All I know is what I believe in and I just know it’s not really about them. It’s about what I believe and my mindset. But at the end of the day they know what’s going on.”

After his win, Williams had a brief chat with UFC President Dana White and he says White called the finish “one of the greatest knockouts he’s seen.” It’s probably only a matter of time until Williams is patched into the latest UFC video game, something he mentioned during his celebration.

Williams isn’t sure when or who he wants to fight next, but even if it’s another heavy-hitter like Alhassan he looks forward to it. As it is, knocking Alhassan out is a notable feather in his cap.