Thiago Santos vs. Aleksandar Rakic targeted for March 6 UFC event
This topic has been deleted. Only users with topic management privileges can see it.
F
F
fightgal Reply Quote 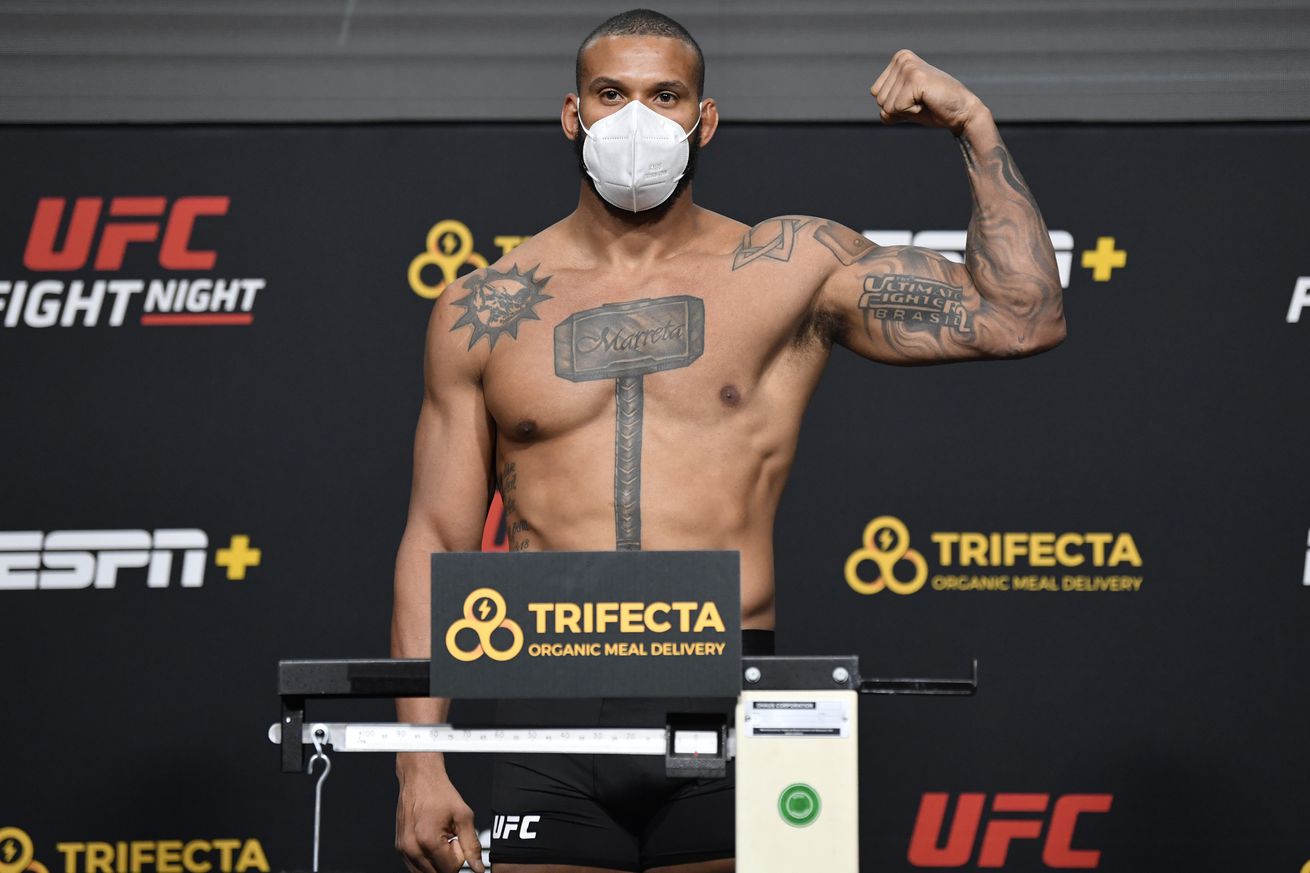 Thiago Santos is on a two-fight losing skid in the UFC, defeats to Jon Jones and Glover Teixeira. | Zuffa LLC

Two of the light heavyweights on the UFC roster will collide on March 6 as Thiago Santos and Aleksandar Rakic have agreed to meet in the eight-sided cage, multiple people with knowledge of the booking told MMA Fighting. ESPN first reported the news.

The UFC has yet to announce the headlining attraction for that date and its exact location.

Santos (21-8) entered the octagon this past Saturday, returning from a long layoff to lose via third-round submission to Glover Teixeira. It was “Marreta’s” first bout since coming up short against then-UFC champion Jon Jones in July 2019.

Rakic (13-2) has only lost once in six UFC appearances, dropping a split decision to Volkan Oezdemir in Dec. 2019. The Austria-native bounced back earlier this year, defeating former title challenger Anthony Smith via decision in Las Vegas.