With Orion Cosce out, Nicolas Dalby now meets Daniel Rodriguez at UFC 255
This topic has been deleted. Only users with topic management privileges can see it.
F
F
fightgal Reply Quote 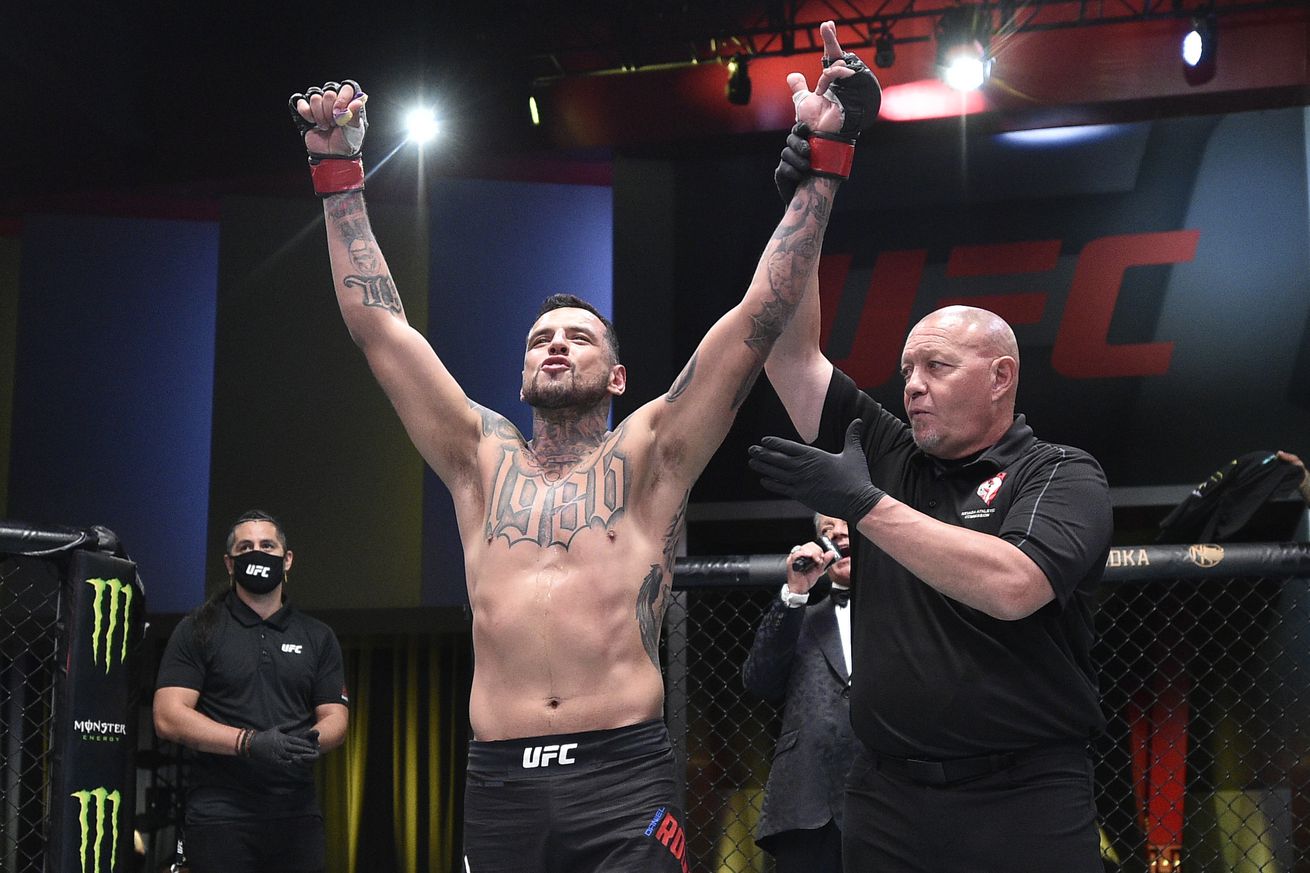 Daniel Rodriguez didn’t have to wait long for a new date to step back into the octagon.

Multiple people with knowledge of the promotion’s plans confirmed to MMA Fighting that Rodriguez will step in to face Nicolas Dalby at UFC 255. Rodriguez will replace Orion Cosce who was scratched from the card for undisclosed reasons. MMA Junkie was first to report the switch.

The event takes place Nov. 21 at the UFC APEX in Las Vegas.

“D-Rod” was scheduled to face Brian Barberena at this weekend’s UFC Vegas 14 event before Barberena was forced to withdraw from the welterweight matchup after having surgery. Rodriguez has won his last nine appearances, including a first-round finish of Dwight Grant at August’s UFC on ESPN 15 event. The 29-year-old also holds 2020 octagon wins over Tim Means and Gabe Green.

Dalby recently had his five-fight unbeaten streak snapped by Jesse Ronson at UFC on ESPN 14 in July. “Lokomotivo” had a four appearance run in the UFC between October 2015 and September 2016 where he amassed a 1-2-1 record. After an impressive run in Cage Warriors, Dalby got his second chance and defeated Alex Oliveira at UFC Copenhagen in September 2019.