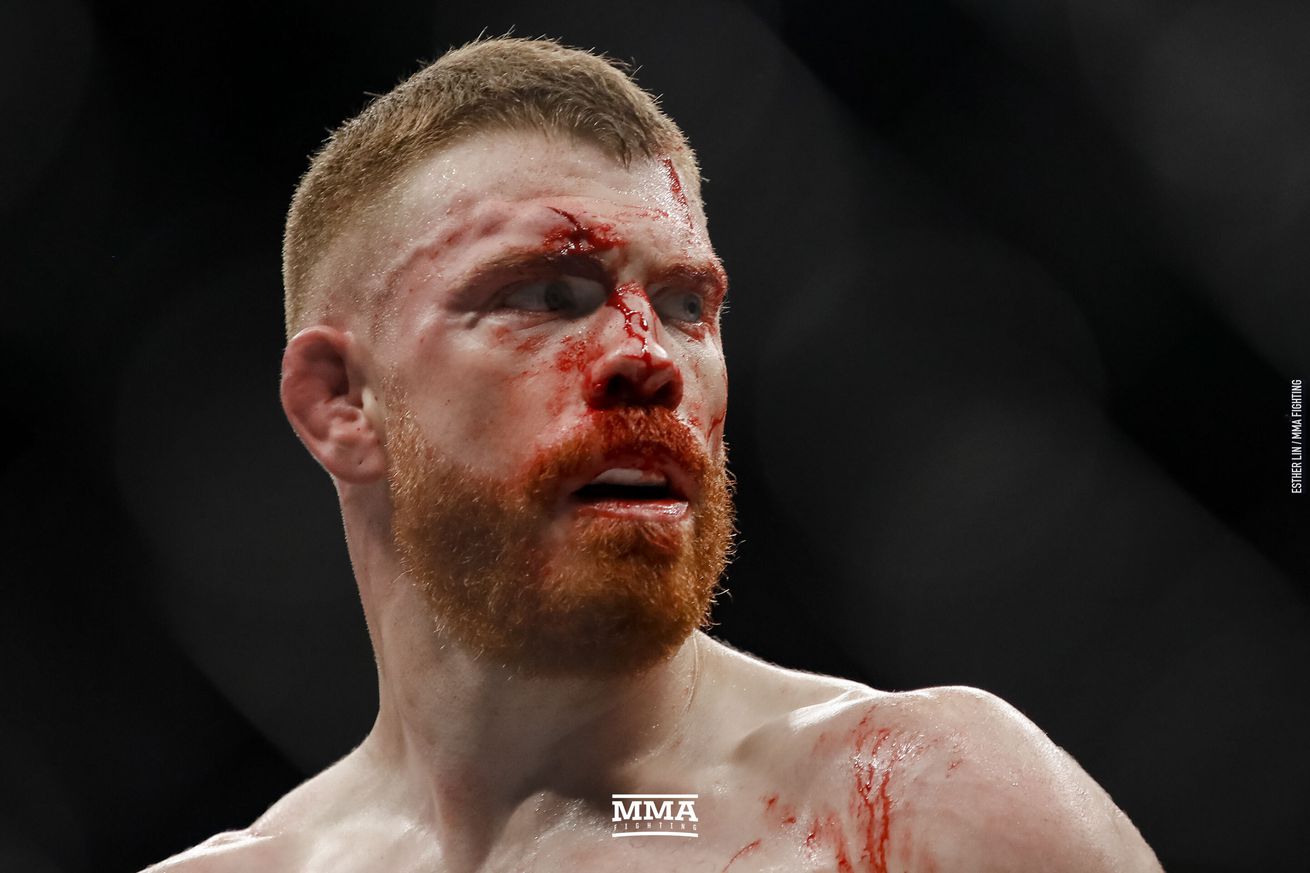 From commentator to fighter, Paul Felder’s journey is well underway for UFC Vegas 14, and the event poster is the latest step.

On Tuesday, the promotion released the official poster for Saturday’s event, which features Felder opposite ex-champ Rafael dos Anjos for a lightweight main event.

Check out the artwork.

Felder was scheduled to serve as a commentator at the event, which takes place at UFC APEX in Las Vegas. Dos Anjos initially was scheduled to face Islam Makhachev, but Makhachev was forced to withdraw earlier this week due to a reported staph infection. Felder, who’d reportedly was in training for a triathlon, agreed to step on short notice.

Felder was last seen in the octagon in February, when he lost a close split decision to Dan Hooker at UFC Auckland. Initially, he was skeptical about returning to the cage and said he’d only be drawn back for intriguing or important matchups. Dos Anjos proved to be one of those, so the “Irish Dragon” signed a contract.

Dos Anjos returns to the lightweight division he reigned in 2015 before a title loss to Eddie Alvarez and subsequent setback against Tony Ferguson sent him to the welterweight division seeking greener pastures. After a pair of losses in bouts against Leon Edwards and Michael Chiesa, he agreed to fight again at 155 pounds.