Killys Mota approves use of instant replay even though it cost him the win at Bellator 251
This topic has been deleted. Only users with topic management privileges can see it.
F
F
fightgal Reply Quote 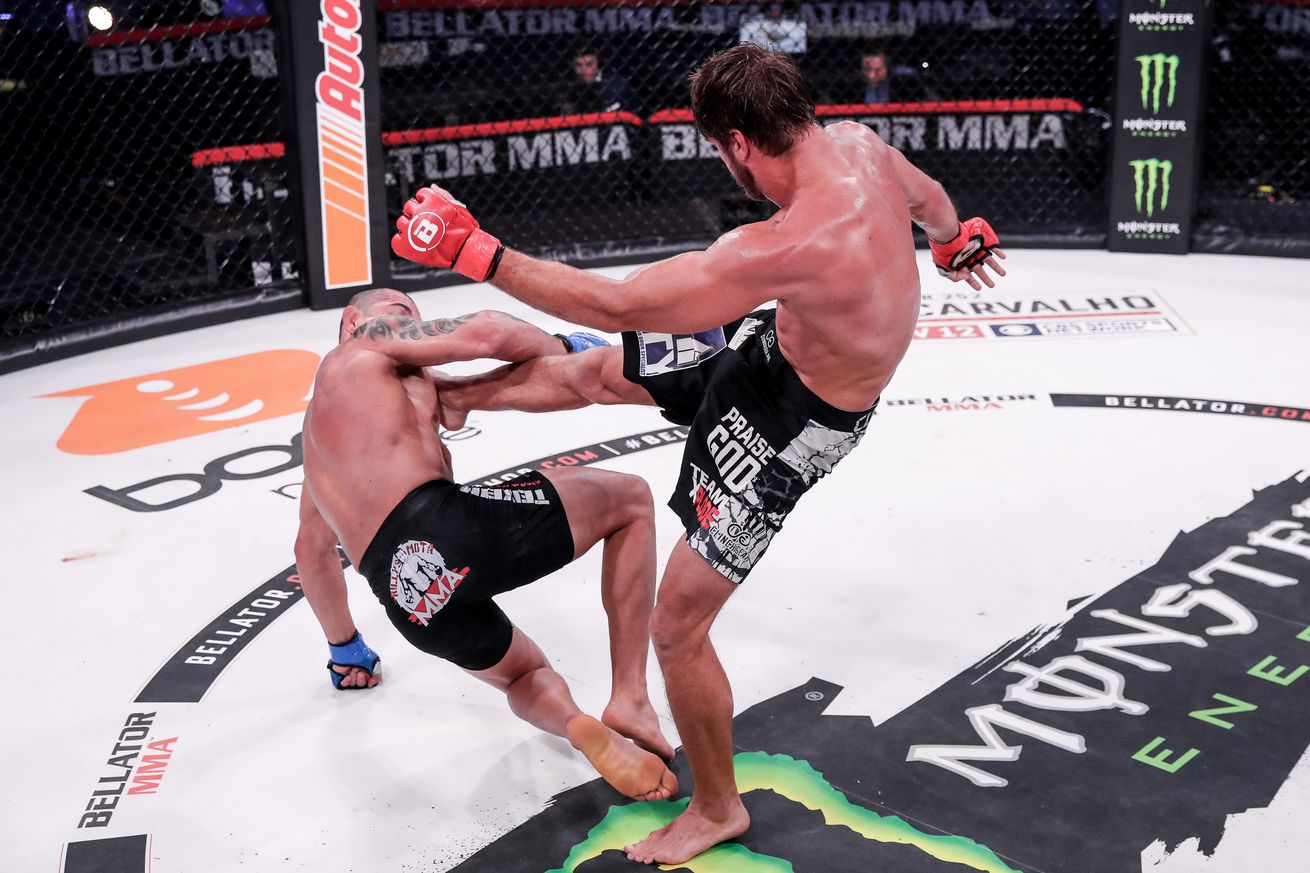 A rare use of instant replay in MMA cost Killys Mota his second victory under the Bellator banner at Thursday’s event in Unscasville, Conn.

Mota met Derek Anderson on the main card of Bellator 251 at the Mohegan Sun Arena and won the first round on all scorecards, but ate a kick to the head in the second stanza. The strike appeared to be illegal at first, but the replay showed that Mota made it legal by lifting his left leg off the ground a split second before the kick landed.

“I’m really disappointed with that happened,” Mota said in an interview with MMA Fighting. “I expected a tough fight, I went in there thinking he’d be stronger, but I saw he had nothing for me. He was getting nervous, desperate, and I thought, ‘I’ll smash this guy in the first and second and he’ll have nothing for me in the third, and that’s when I’ll catch him.”

“I didn’t see what happened. It was just a flash and then, boom, his foot landed. I don’t know what happened. I looked at the referee and knew it was an illegal strike because I was on the ground, but then I came back to myself and saw my corner in the cage. I had no idea what was going on.”

The use of the instant replay was approved by the Association of Boxing Commissions and Combative Sports (ABC) in 2017. According to the rule, “the sole purpose of Instant Replay in MMA is to allow the referee to make a correct call on the outcome of the fight in calling.” In this case, it determined whether the kick was illegal (disqualification) or legal (knockout).

“I thought I should win by disqualification because, to me, it was illegal, but then the replay showed it wasn’t illegal,” Mota said. “He was throwing the kick regardless. He was grounded and he still threw the kick. He was lucky that my leg came up an inch.

“I was going to win this fight. He knew he was losing the rounds, he felt my power and my jiu-jitsu, I was attacking him the entire time, and he got desperate. He wanted to (throw an illegal kick). He saw I was grounded and still threw the kick. He was lucky that my leg came off the ground. It was a lucky strike.

“Some people said I was faking it. F*ck, I wasn’t playing it. I felt it. When I was coming back, I saw them putting me on a stretcher. My head was a bit dizzy and I thought he was getting disqualified, but then the referee came to me and said I was going to lose. I said, ‘Please, no, no, let me go back,’ but they took me out of there fast.”

Watch the finishing sequence below.

In the end, Mota knows the official result was fair because the kick was legal, but wants an immediate rematch. The Brazilian welterweight said he sent Anderson a message on Instagram asking for a second fight, saying “if I fight you 10 times, I’ll beat you 10 times.”

The use of instant replay “will be good because it ends with unfair results so it’s valid,” Mota said. “I’m a fair man, right? He kicked me and I thought I was grounded. To me, (I thought) the kick was illegal, but the replay showed I was wrong. It’s unfair to say I’m right and he’s wrong. He threw the kick, he knew what he was doing, and he got lucky.”