Jack Hermansson: ‘At least five guys’ in the rankings turned down fight after Darren Till fell out due to injury
This topic has been deleted. Only users with topic management privileges can see it.
F
F
fightgal Reply Quote 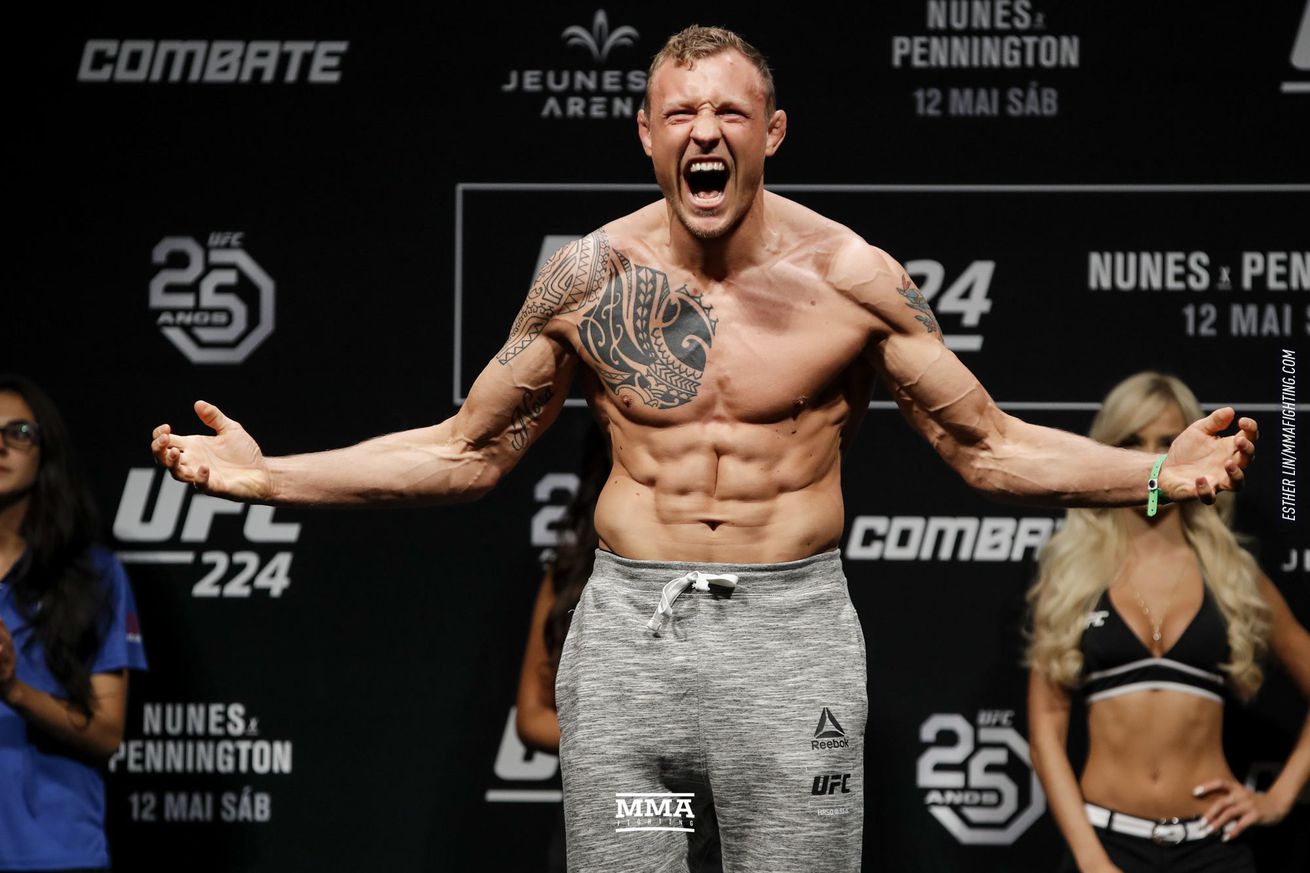 Jack Hermansson isn’t calling out anybody by name, but he’s got grievances with a lot of fighters ranked in the top 15 at middleweight in the UFC.

This past Friday it was announced that former title contender Darren Till was forced out of his scheduled bout against Hermansson in the main event for the UFC card on Dec. 5 in Las Vegas. With Till sidelined, the UFC began searching for a new opponent to face Hermansson but apparently it wasn’t easy to find any takers.

In fact, Hermansson claims that several ranked fighters turned down the opportunity to face him in December, which is what eventually led the UFC to select Kevin Holland for the main event clash.

“Darren Till pulled out of our fight,” Hermansson said in a statement posted to his Instagram. “That sucks because preparation has been going really well. I’m in the best shape ever. I was really looking forward to fight Darren. I wanted to show you guys that I’m the best middleweight in Europe and that I’m the next true title contender. But what can you do, sh*t happens. So I can only wish Darren Till a good recovery.

“When we got the news, we asked the UFC for a replacement fight. Because yeah, the training camp has been going so good and I really want one more fight this year. So they started asking people above me in the rankings, below me in the rankings and at least five guys turned the fight down. But one guy was willing to fight and that was Kevin Holland. If you follow the sport you know he is a good up and comer. He’s on a great win streak right now. So I hope that this makes for an exciting fight.”

It’s not exactly clear the ranked fighters who Hermansson alleges turned down the fight against him but it appears he was ready to face anybody the UFC could throw at him.

Hermansson is currently coming off a submission win over former interim title challenger Kelvin Gastelum in his last outing. Overall, he has gone 5-1 in his past six fights with his only loss coming to Jared Cannonier in September 2019.

As for Holland, he’ll step into the fight off four wins in a row and a 7-1 resume in his past eight fights.

According to Hermansson, Holland was the one opponent who told the UFC ‘yes’ when the promotion came calling and he’s ready to put on a show in his return to action.

“I’m the best that I’ve ever been,” Hermansson said. “I’m really looking forward to make a statement on Dec. 5. Make sure that you guys tune in.”