Roy Jones Jr., Mike Tyson fire back at Floyd Mayweather over comments about boxing introducing too many titles
This topic has been deleted. Only users with topic management privileges can see it.
F
F
fightgal Reply Quote 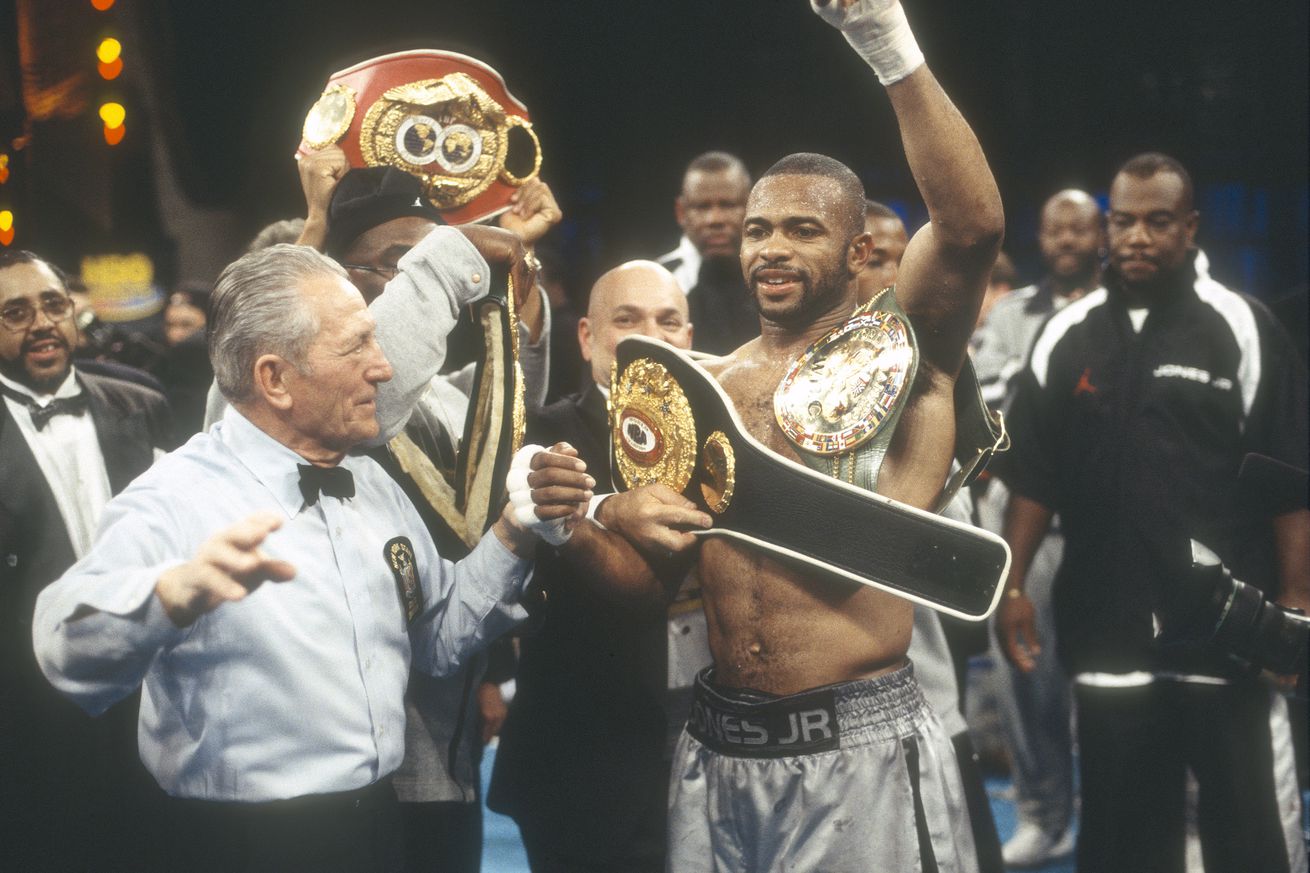 Photo by Focus on Sport/Getty Images

Floyd Mayweather is tired of seeing so many titles being handed out in the sport of boxing, but a pair of legends vehemently disagree with him.

Just recently, as he was promoting one of his own fighters, the retired 50-0 former champion took aim at the alphabet soup list of promotions in boxing handing out any number of championship belts. His issue is only exacerbated by the sheer volume of titles doled out per weight class, which makes it that much harder for any one fighter to truly declare themselves a true world champion.

“This is not good for the sport of boxing,” Mayweather told Showtime. “Now when a fighter fights, every fighter is a champion.”

Mayweather joins a long list of critics that have complained about too many titles being handed out in boxing. But ahead of his clash with Mike Tyson on Nov. 28, Roy Jones Jr. is more than happy to tout himself as a belt collector.

In fact, the WBC created a special “frontline” title that will be handed out to the winner of the Jones vs. Tyson clash.

“First of all, I don’t give a damn what nobody says,” Jones said in response to Mayweather’s comments during a pre-fight press conference on Thursday. “Don’t got nothing to do with me. I do what I do, my business is my business. I don’t care what nobody else says. This ain’t got nothing to do with him. So he stays over there in his lane do what he do, let me do what I do.

“Secondly, when I was fighting, I wasn’t like them. I went and got every belt possible that I could get in my weight class at the time. Mike did the same thing. We come from the old school. We want every belt you got. I don’t care what kind of belt it is. It could be the Joe Patti Seafood belt, I want that. I don’t care. If you have a belt in my weight class, in my prime, I wanted that. So you think right now, you want to see me perform you put a belt on the line.”

According to Jones Jr., the thrill of winning championship belts was absolutely addictive and it only furthered his own aspirations in the sport of boxing.

Throughout his career, Jones Jr. amassed a huge number of title belts across multiple organizations and weight classes. He hopes to add one more in his fight with Tyson.

“So you think right now you want to see me perform, you put a belt on the line,” Jones Jr. said. “I’m sorry, but it’s like drugs. I just can’t say no. You offer me a title, you got me.

“It don’t mean nothing to people like him maybe, but it meant the world to me.”

Tyson agreed after he walked a similar path during his career, although he only competed as a heavyweight in boxing.

He was once declared the undisputed heavyweight champion after collecting the WBC, WBA and IBF titles during his career. But Tyson definitely has no complaints about adding more belts to his resume.

“He said it all,” Tyson added to his opponent’s response. “It’s like drugs.”