Katlyn Chookagian vs. Cynthia Calvillo in the works for UFC 255
This topic has been deleted. Only users with topic management privileges can see it.
F
F
fightgal Reply Quote 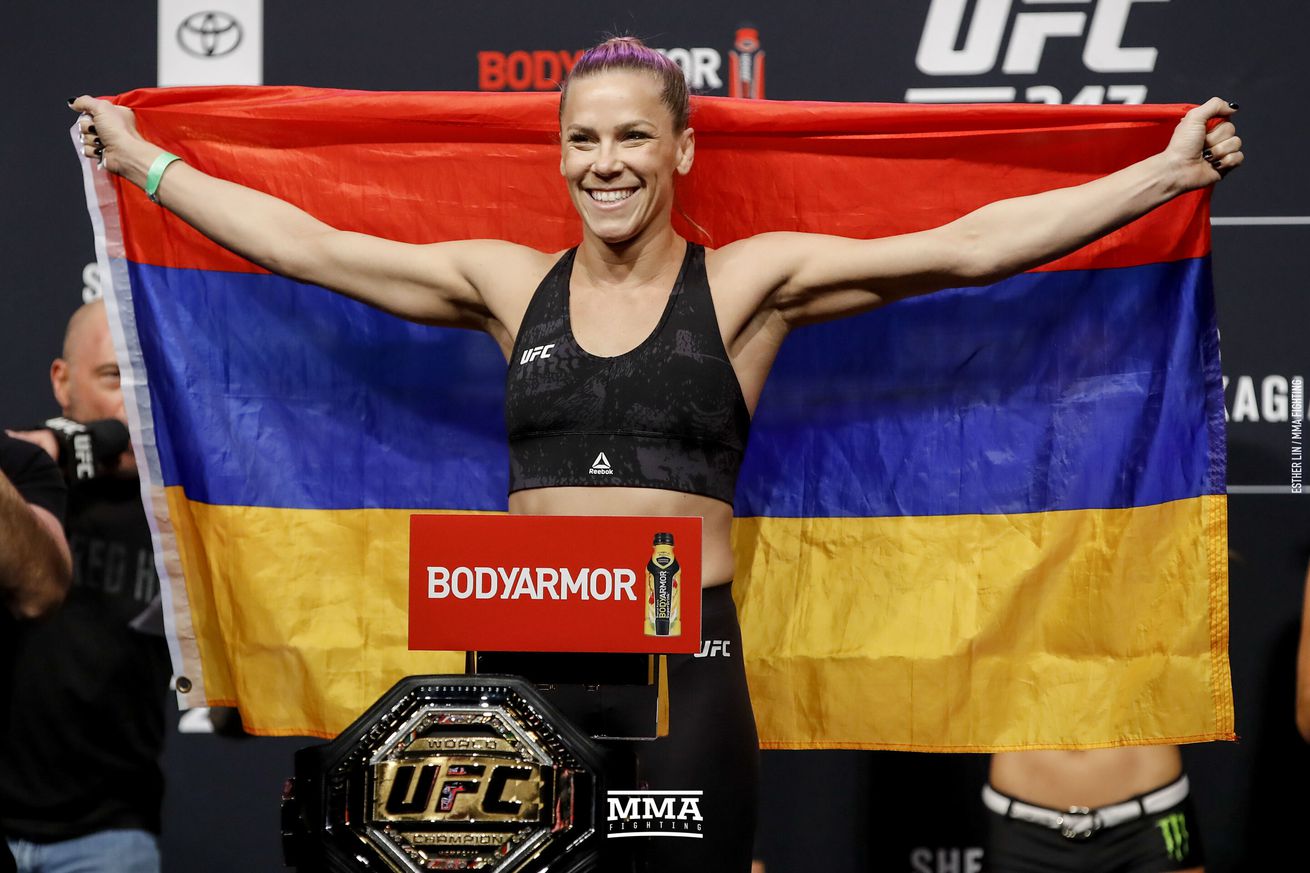 Katlyn Chookagian and Cynthia Calvillo are headed toward an important flyweight matchup.

Multiple people with knowledge of the booking told MMA Fighting that Chookagian (14-4) and Calvillo (9-1-1) are in negotiations to fight at UFC 255 on Nov. 21 at UFC APEX in Las Vegas. The matchup was first reported by ESPN.

This fight is expected to have major implications for the 125-pound title picture. Chookagian currently sits at No. 2 in the UFC’s official rankings, while Calvillo is two spots behind at No. 4. Chookagian is 1-1 since a failed bid to wrest the flyweight championship from Valentina Shevchenko at UFC 247 in February. In her most recent outing, Chookagian lost by first-round TKO to former strawweight champion Jessica Andrade.

Calvillo made a successful return to the flyweight division in June with a unanimous decision win over Jessica Eye. The former strawweight hasn’t lost since December 2017, though her unbeaten run has been marred by Calvillo missing weight for a pair of 115-pound bouts.

UFC 255 is headlined by a pair of flyweight championship bouts as men’s titleholder Deiveson Figueiredo fights Alex Perez in the main event and women’s titleholder Valentina Shevchenko defends her title for a fourth time when she faces Jennifer Maia in the co-main event.