Frankie Edgar vs. Pedro Munhoz pushed back to UFC event on Aug. 22
This topic has been deleted. Only users with topic management privileges can see it.
F
F
fightgal Reply Quote 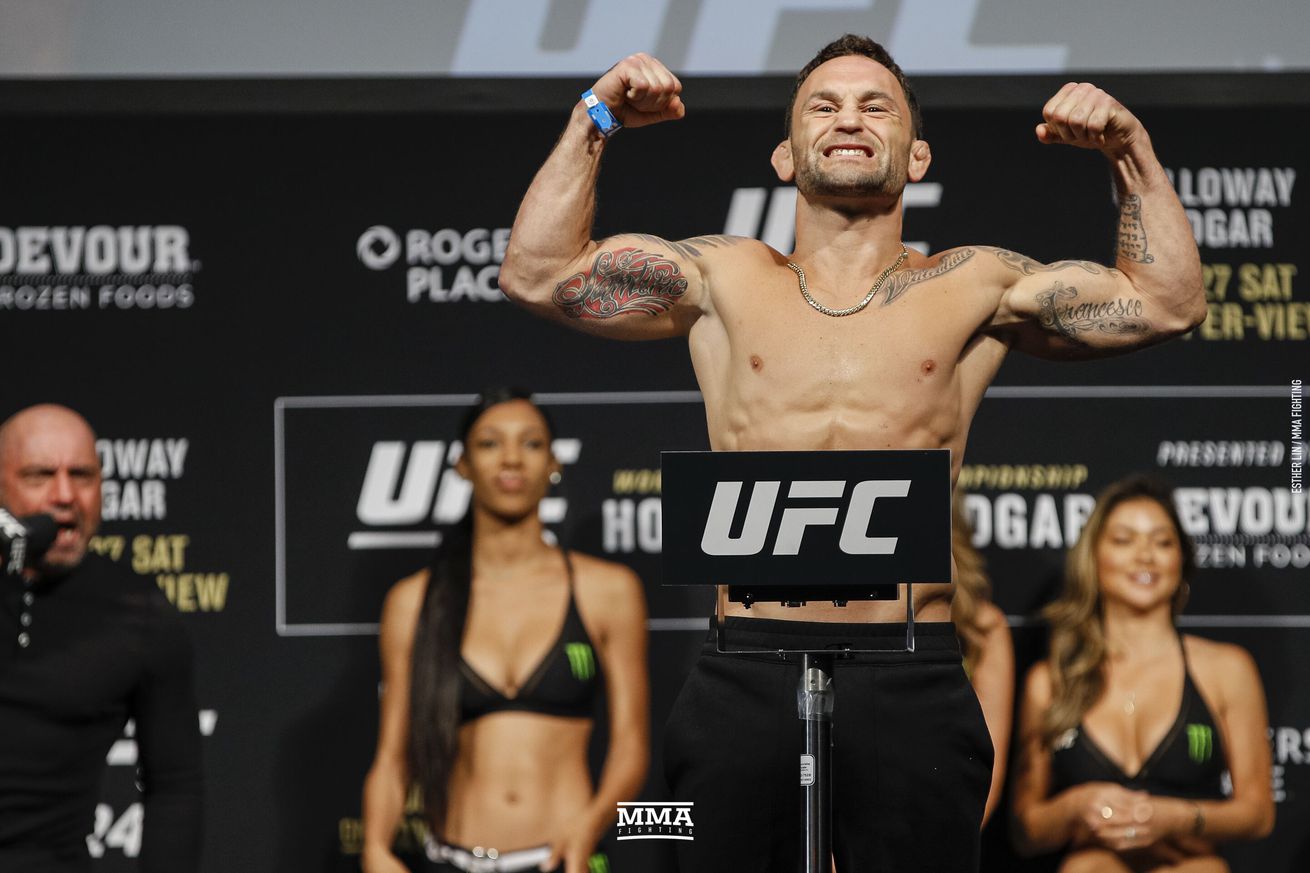 The bantamweight fight between Frankie Edgar and Pedro Munhoz has been pushed back from Aug. 15 to Aug. 22.

It’s unknown why the fight was ultimately moved one week later but multiple sources confirmed the move when speaking to MMA Fighting on Monday. Combate initially reported the change.

The matchup between Edgar and Munhoz has now shifted dates and locations multiple times since first being booked earlier this year.

Initially, the bantamweights were scheduled to meet at UFC 251 on July 11 but the fight was shifted to a few days later for a card on July 15 where they were slated to serve as the co-main event.

Unfortunately, Muhnoz tested positive for COVID-19 and he was not allowed to travel to Abu Dhabi for the card.

Rather than taking a short notice fight against a different opponent, Edgar opted to remain booked against Munhoz and their matchup joined the UFC 252 card on Aug. 15.

Now it appears Edgar will finally make his 135-pound debut on Aug. 22 instead with the show expected to take place at the UFC APEX facility in Las Vegas.

It’s possible the move for Edgar vs. Munhoz comes down to beefing up the Aug. 22 card, which remains without a main event with the show just four weeks away. The UFC had initially tried to book a welterweight showdown between Colby Covington and Tyron Woodley as the headliner, but the fight didn’t come together in time.