Juan Archuleta or ‘Patchy’ Mix, Bellator contender Sergio Pettis thinks neither will stand with him
This topic has been deleted. Only users with topic management privileges can see it.
F
F
fightgal Reply Quote 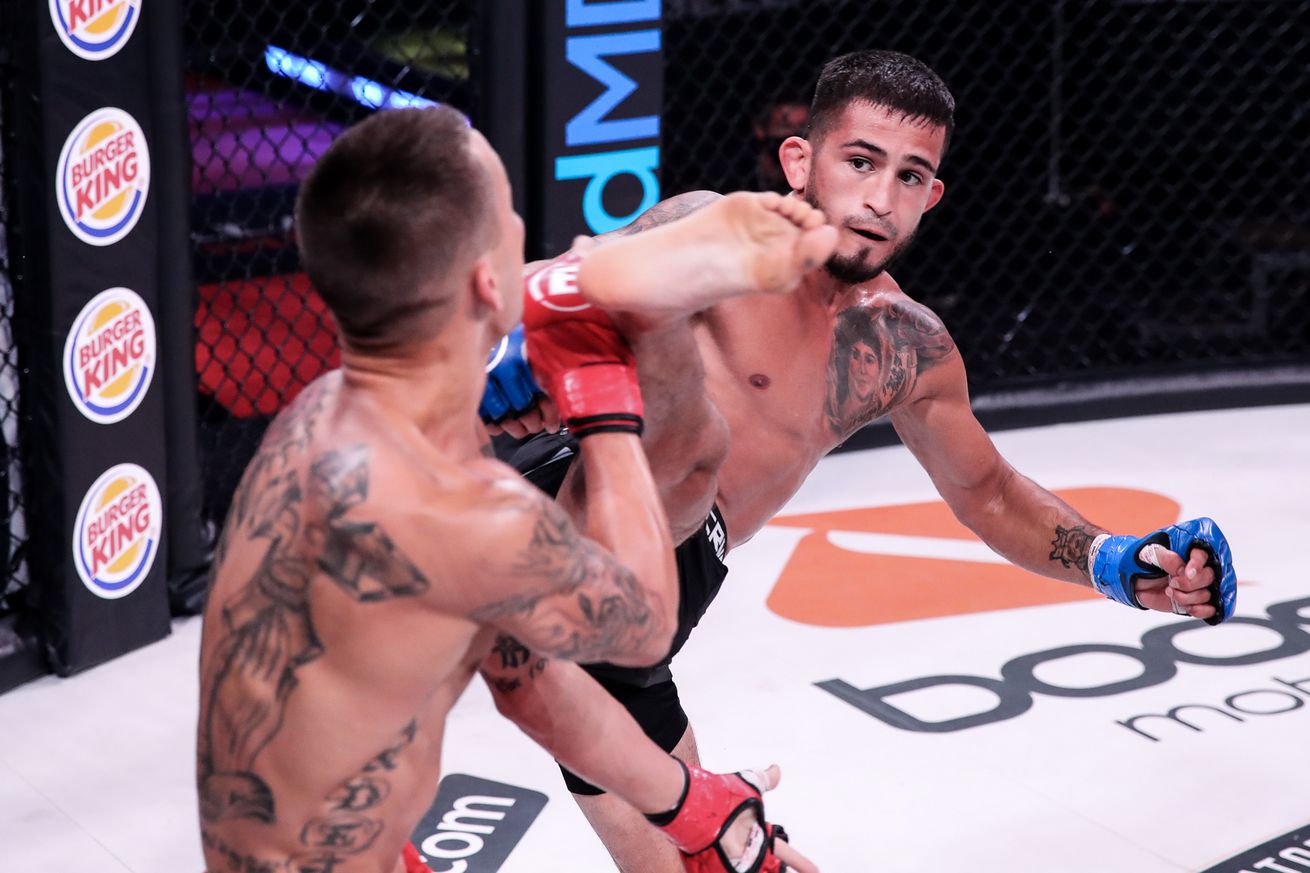 No. 1 Bellator bantamweight contender Sergio Pettis will face the winner of an upcoming title fight between Patrick “Patchy” Mix and one-time featherweight title challenger Juan Archuleta. Whomever emerges as the new champ, he anticipates the same fight.

“I feel like both of those guys, regardless, are going to have the same game plan against me,” Pettis told reporters after a unanimous decision over Ricky Bandejas in the headliner of Friday’s Bellator 242, which took place at Mohegan Sun Arena without an audience. “They’re going to try and strike with me for a little bit, and then try to take me down.

“Ricky got a good takedown on me, so that’s something I have to address going against those two. But both of those fights, they’re either going to take me down, or try to hold me down. I don’t think they want to stand with me. If I can keep my range, I can keep them away.”

Pettis did exactly that against Bandejas, a fighter who’s knocked out three previous Bellator opponents yet struggled to find his range against his UFC veteran counterpart.

Bellator announced on the broadcast that Pettis will get the next title shot; Archuleta is currently recovering after a positive COVID-19 test, and the promotion plans to book the fight in the near future.

In just his second Bellator fight, Pettis is on the cusp a title shot that eluded him in the UFC.

“It feels good,” Pettis said. “I fought some tough guys in the UFC. I fought [Henry] ‘Triple C’ [Cejudo], he was over there dominating people; I went all three rounds with him. He didn’t want to strike with me and held me down. It’s cool to get the title shot and see where I can take it. I want to get a belt. That’s the overall goal, and I got there quick.”

New tactics helped Pettis get there faster in the cage on Friday night. For the first time, he said, he employed calf kicks that have become one of the most popular strikes for fighters across all promotions.

“That sh*t hurts,” Pettis said. “My legs are sore. My feet are sore, but definitely something I’m going to keep adding to my game, especially being a shorter opponent, I’ve got to use my legs more.

“I think that was one of the turning points, when [Bandejas] started feeling some pain and not trusting himself as much. But I think I controlled the range pretty good overall. He couldn’t really get in on me. I don’t think he touched me too much.”

Pettis will head home to assess the physical damage he took in the fight, but he anticipates a quick return to the gym so he can ready himself for the winner of Mix vs. Archuleta. As for whom he’d rather face, he said it doesn’t matter.

“No predictions, no preference,” Pettis said. “I believe both have great styles. I’ve trained with Patchy before, and Juan, I’ve been watching Juan fight for a while. It’s a good opportunity to get better and better, come back right after this fight and get straight to the gym.”