Germaine de Randamie vs. Julianna Pena in the works for UFC card on Oct. 3
This topic has been deleted. Only users with topic management privileges can see it.
F
F
fightgal Reply Quote 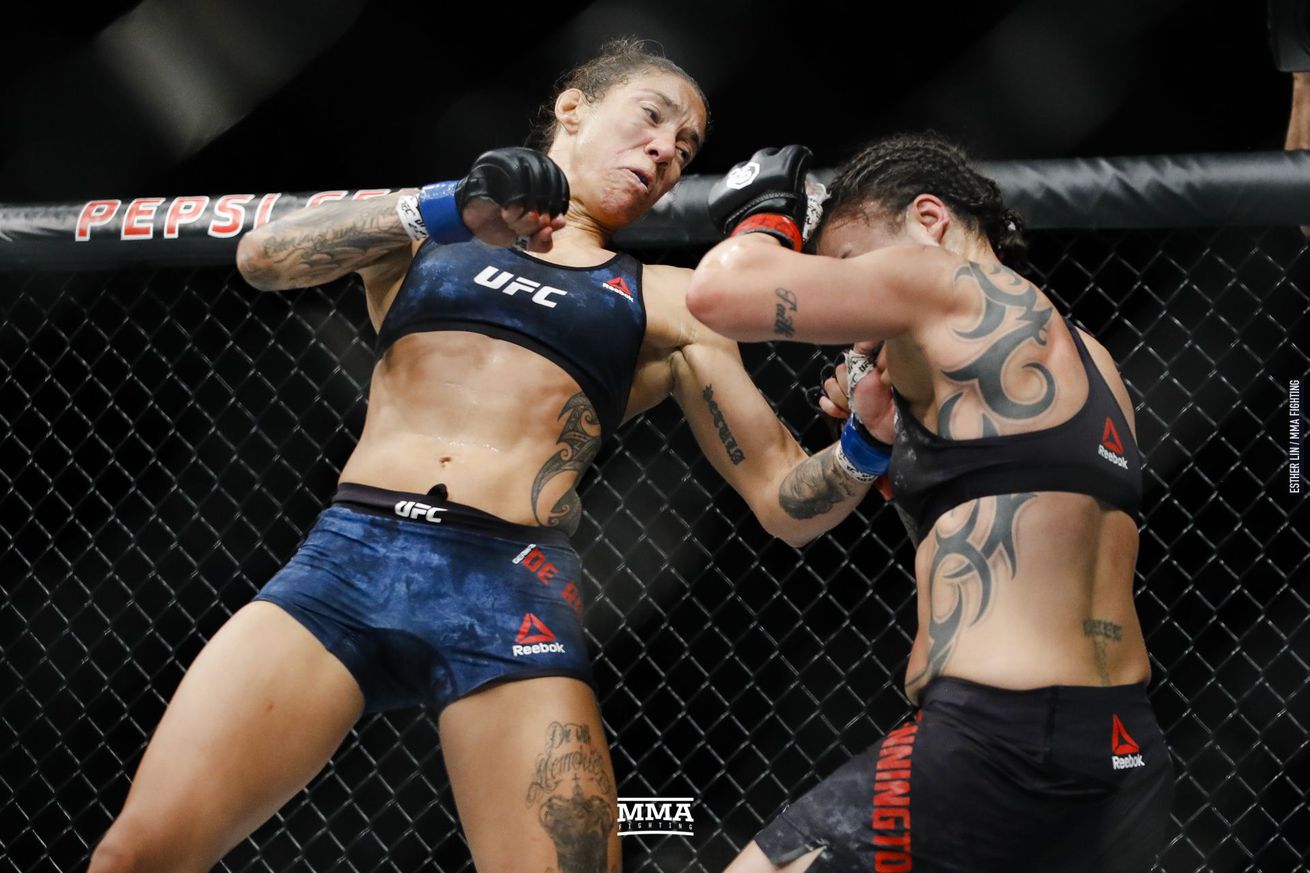 A key matchup in the bantamweight division is currently in the works as Germaine de Randamie is expected to face Julianna Pena at the upcoming UFC Fight Night event on Oct. 3.

Multiple sources confirmed the matchup to MMA Fighting on Sunday with verbal agreements in place for the bout. The UFC has not yet made any official announcements regarding the fight.

De Randamie makes her return to action after coming up short in a bid to become bantamweight champion during a five-round battle with Amanda Nunes in 2019. Prior to that setback, de Randamie had rattled off five straight wins including victories over Holly Holm, Raquel Pennington and Aspen Ladd.

As for Pena, she books her first fight in 2020 after picking up a unanimous decision win over former UFC champion Nicco Montano in her last outing. Overall, Pena is 5-1 in her past six fights with her only loss coming to Valentina Shevchenko in 2017.

With Nunes likely out for the remainder of 2020 after defeating Felicia Spencer at featherweight in her last fight, de Randamie vs. Pena helps pave the way for a future title challenger to emerge in the 135-pound division.