Raphael Pessoa wants life-changing UFC bonus to give daughters a better life
This topic has been deleted. Only users with topic management privileges can see it.
F
F
fightgal Reply Quote 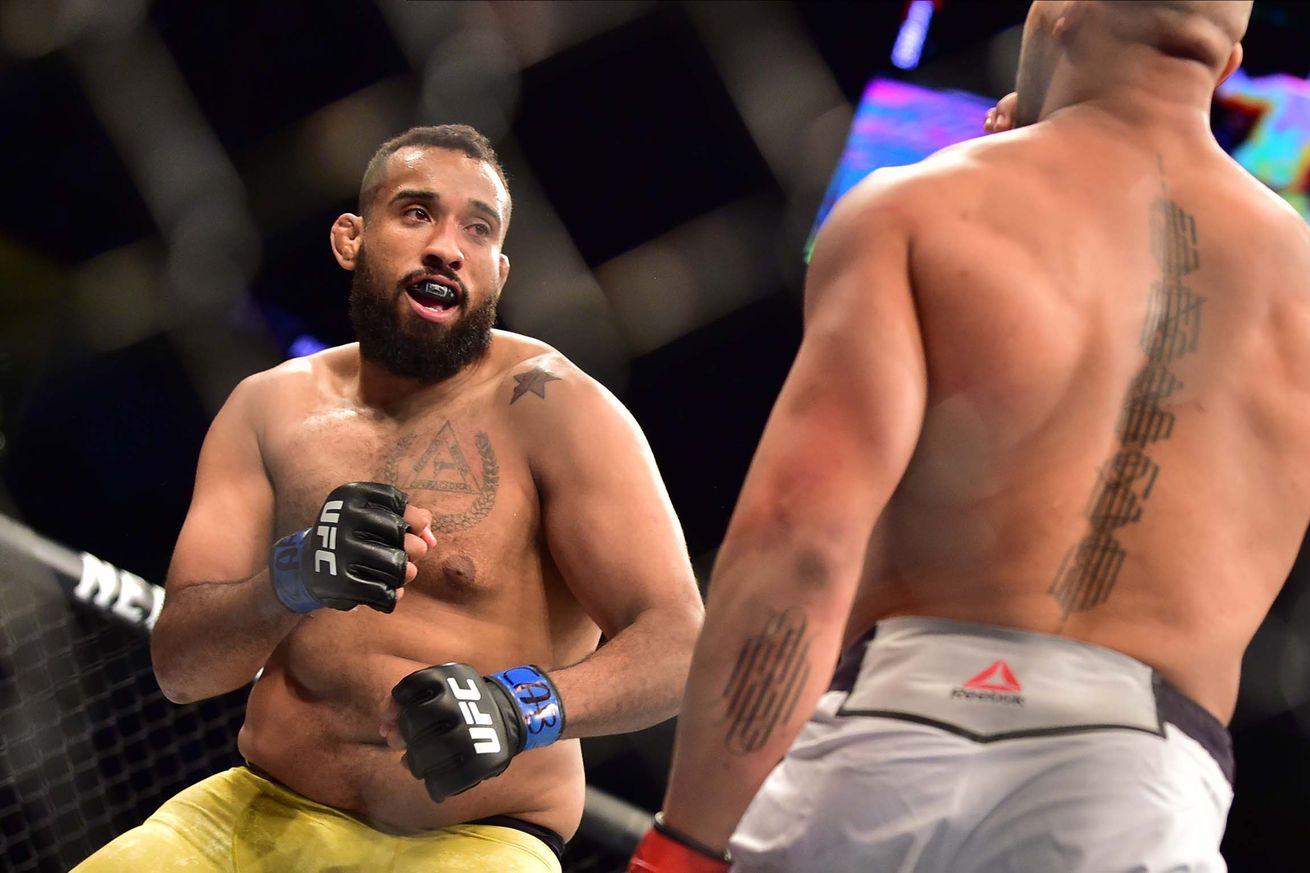 Raphael Pessoa went through a lot before finally being able to re-enter the octagon.

Pessoa scored his first UFC win in October 2019, winning a decision over Jeff Hughes in Singapore. But a series of tragedies delayed his return to the eight-sided cage.

The Brazilian was booked to meet Tom Aspinall in March, but he asked to withdraw from the heavyweight clash after a heart attack killed his uncle. Pessoa moved back from Curitiba to Rio de Janeiro to take care of his mother, as both started to deal with depression.

“I had to postpone the fight so I could take care of my uncle’s funeral and move back to Rio,” Pessoa told MMA Fighting. “I was very depressed and sad, because my uncle and I were very close, but thank God the UFC understood it. My mother and I had professional help to get over this loss.”

To make things worse, a flood hit the community where the Pessoa family lives in Jacarepagua. His family’s house wasn’t directly affected, but several other homes in the area were destroyed. The UFC fighter had no money to spare, but he still decided to help.

“Bebezao” also went out of his way to assist Duda Santana, a fellow UFC fighter who was struggling for money earlier this year after being forced to cancel a fight with Sarah Alpar and the effects of the COVID-19 pandemic in Brazil.

“It’s complicated, because we depend on the fight to make a living, and my sponsors abandoned me, but I appreciate the one sponsor that didn’t walk away and still gets me a monthly salary,” he said. “It’s not much, but it allows me to provide to my family and my mother. It’s hard. We don’t get much money when we’re starting in the UFC. People think we get paid a lot, but it’s not that much early on.”

When the pandemic hit and the UFC had to pull the plug on a fight with Alexander Romanov in April, Pessoa admits he “relaxed” a bit and gained almost 18 pounds after eating “a few extra hamburgers [and] some junk food.”

But Pessoa got right back on track.

Finally set to work again in a three-round heavyweight bout with Tanner Boser at UFC on ESPN 14, scheduled for July 25 in Abu Dhabi, Pessoa said “the show money will help me a lot, and the win money, but if I get a post-fight bonus I’ll smile for a long, long time — and ask Dana White to get me another fight right away.”

After going from Aspinall, to Romanov, to Justin Tafa, to Boser as a short-notice replacement, “Bebezao” is not concerned about the many switches, because “I’ve trained in all areas to evolved and not be a one-sided fighter.”

The 31-year-old fighter, who recorded 10 wins in 11 professional MMA bouts between 2016 and 2019, hopes a win on Fight Island means a new contract with the company, allowing him to pursue his ultimate goal: give his daughters Ana Beatriz e Noemi a greater future.

“I want to knock him out as quick as possible so I can ask for another fight next month,” Pessoa said. “I’m hungry. I’m hungry to give my daughters a better life. That’s a big win for someone that comes from the favela.

“I’m going after the post-fight bonus because I really need it, it will be a huge help. I haven’t bought me a house yet, it’s a dream for my daughters and I. I hope Dana White gets touched by this and helps me.”