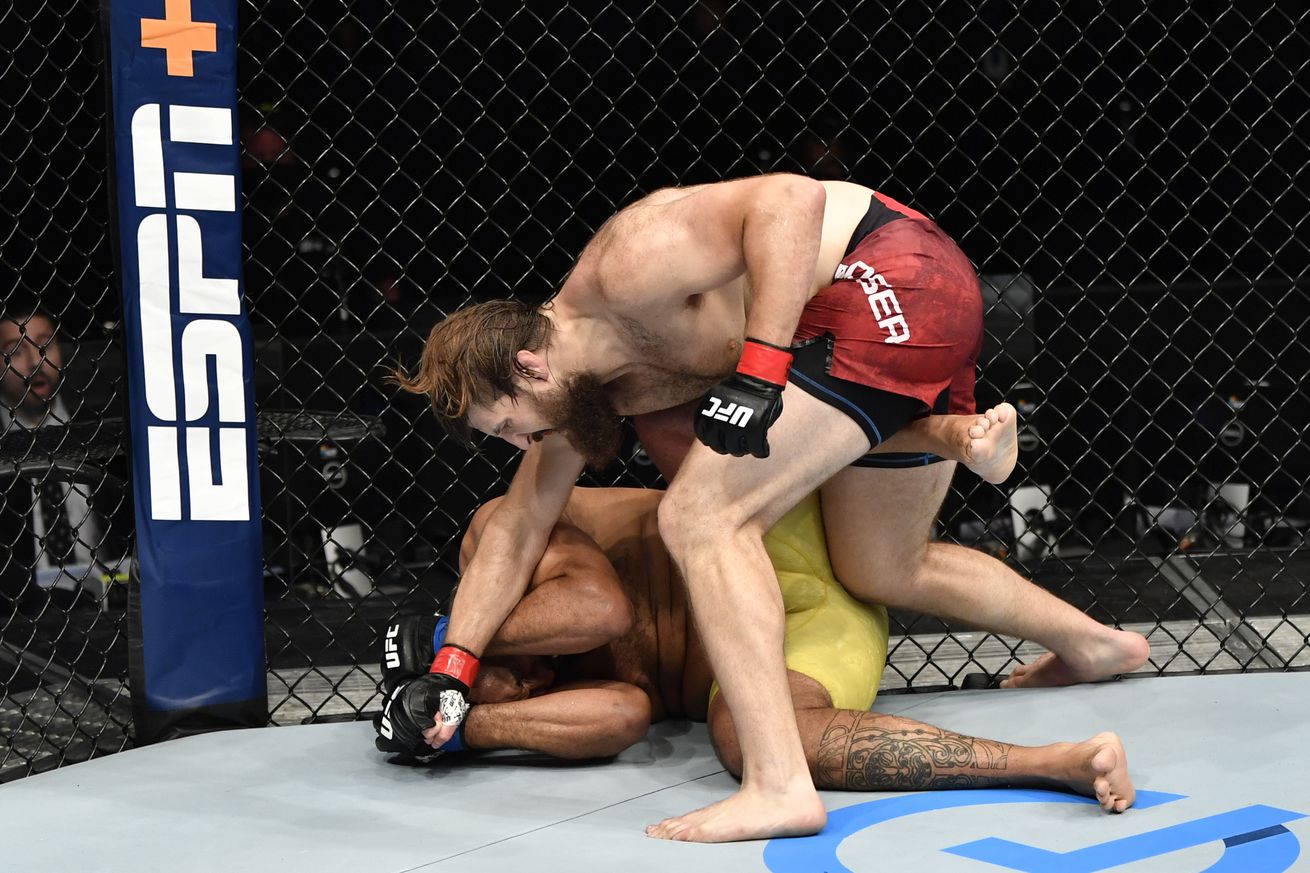 Two fights inside four weeks paid off for Tanner Boser as the Canadian earned his second straight knockout in the octagon on Saturday night.

Facing a bigger opponent in Raphael Pessoa, Boser showed off his speed and footwork before clubbing the Brazilian with a brutal left hand that ultimately led to the stoppage. The end came at 2:36 into the second round as Boser moves to 3-1 overall in the UFC.

“My fist was closed but I felt my knuckle dig right into his eye,” Boser said about the finish. “That’s gonna suck.”

Boser was landing the better shots all fight as he continuously chipped away at Pessoa’s lead leg with kicks and then came back up top with his punches. That set up the end of the fight perfectly as Boser continued to go low before then targeting the head with the punch that ultimately led to the TKO.

As his left hand connected flush, Pessoa had a slightly delayed reaction before crumbling to the ground, where Boser landed a few more punches until the referee saw enough to stop the contest.

Afterwards, Boser once again took aim at the same opponent he called out following a knockout over Phillipe Lins in his previous appearance.

“Maurice Greene, you stole a payday from last August,” Boser said. “I ain’t forgot that yet. Let’s do it in the fall, I’m coming.”