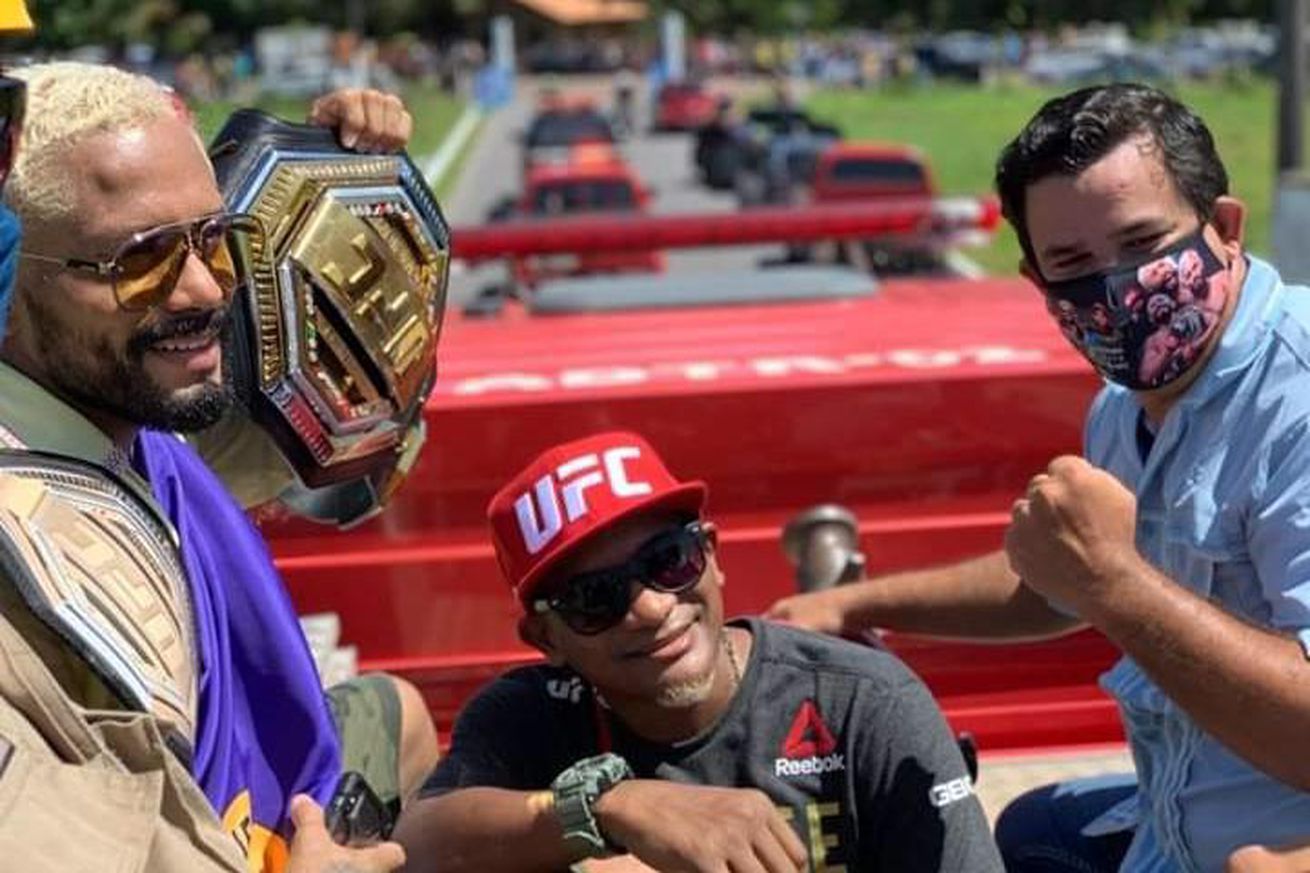 Deiveson Figueiredo is a local hero in Soure, a small town located in the Marajo island in Para, Brazil — and winning the UFC flyweight belt made him an even bigger deal.

Figueiredo had to overcome COVID-19 and travel complications on his way to Abu Dhabi for his championship rematch with Joseph Benavidez last Saturday, but made the most of it by winning the 125-pound crown via first-round submission.

“Deus da Guerra” finally returned to his hometown on Thursday, and was welcomed by hundreds of locals. The city had a fire truck waiting for new UFC flyweight king, who was celebrated by the people in the streets.

“There was a lot of people there, I can’t even explain,” Figueiredo told MMA Fighting on Friday. “The people from Soure showed their love, and you can be sure that I’ll work even harder to bring them more happiness.”

According to Figueiredo, the mayor of Soure has promised to build a statue of him in the city, similar to the one made for the famed movie character “Rocky Balboa” in Philadelphia.

“That idea is getting traction here,” he said. “The mayor said I’m getting a Rocky-style statue. Man, that’s awesome. That’s another dream of mine coming to fruition. I’ve always told my brother I’d love to have a statue in my hometown, and now I’m getting it after winning the belt.

“I’ll work harder and harder to bring more titles to the city. This is my goal, bring happiness to the marajoara people, to Soure and Salvaterra. Having my own statue here is going to be incredible, another dream come true.”

Figueiredo improved to 19-1 as a professional mixed martial artist with his win over Benavidez on Fight Island. The UFC has yet to announce a date or opponent for Figueiredo’s first title defense.