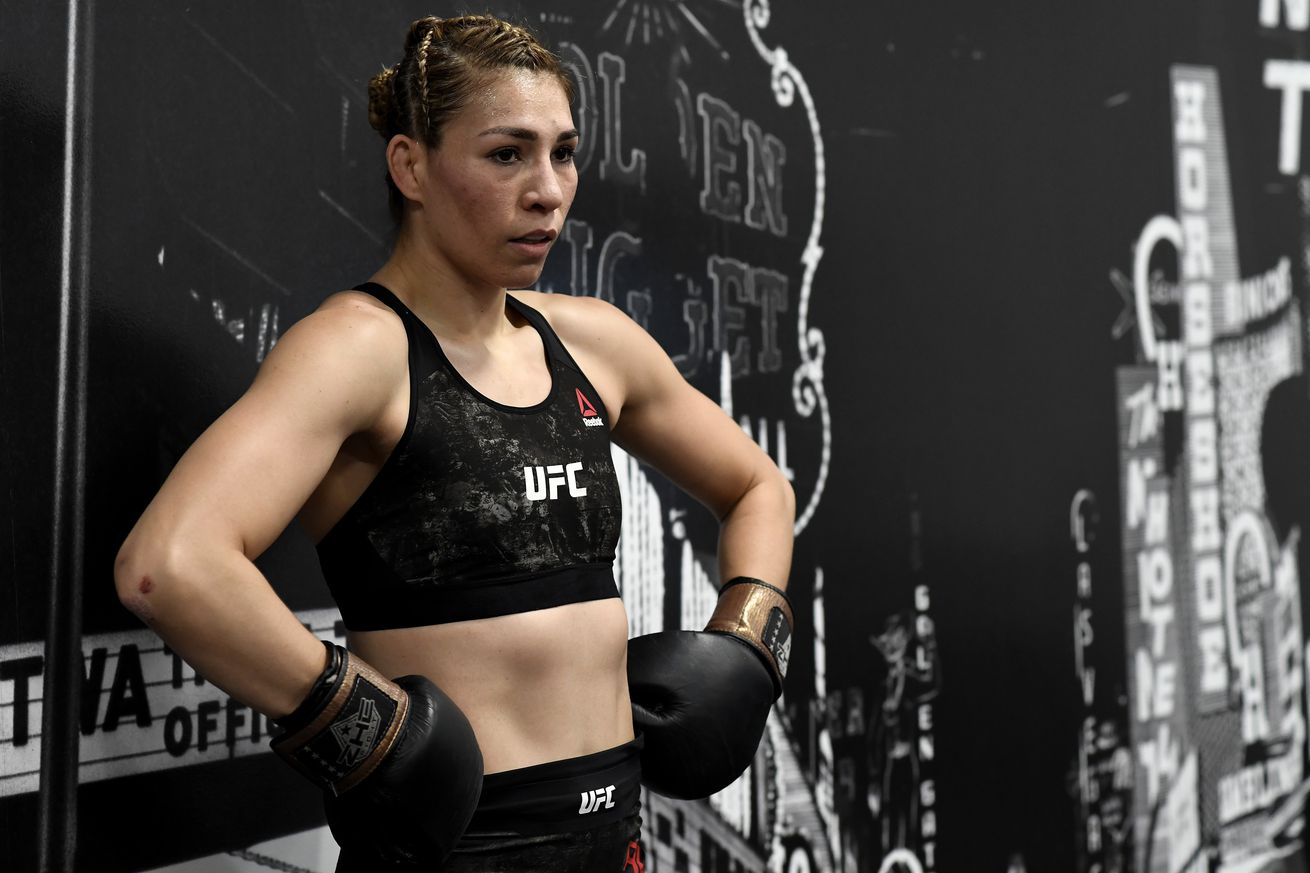 UFC bantamweight standout Irene Aldana announced on Wednesday that she tested positive for COVID-19, forcing her to withdraw from a scheduled headliner opposite ex-champ Holly Holm on Aug. 1 in Las Vegas.

In a prepared statement, Aldana said she’d trained in isolation and taken safety measures recommended by health authorities, but recently came down with symptoms of the virus and recently tested positive, she announced on Instagram.

“We are going through a very complicated world situation, and my country is not the exception,” wrote Aldana (via Google translate), who trains in Guadalajara, Jalisco, Mexico, at Lobo Gym MMA. “I’m still in recovery. The first days were complicated in terms of symptoms, but I’m much better. You know my professionalism and my interest in a commitment of this size. My enthusiasm and preparation is and will be total.”

UFC President Dana White on Wednesday morning announced the the Aug. 1 event, which takes place at UFC APEX, will now be headlined by a middleweight matchup between Edmen Shahbazyan and Derek Brunson. He did not give a reason for the shift and said the matchup is postponed; Holm’s manager Lenny Fresquez targeted October as a potential timeframe.

Aldana thanked the UFC and Holm for their understanding.

“We will be ready for the new date that the company assigns us within the next few months,” she wrote.

The matchup with Holm is a pivotal opportunity for the 32-year-old Aldana, who opened eyes in her previous performance when she knocked out division standout Ketlen Vieira at UFC 245. The win earned her a performance bonus and was her second straight victory. She is 5-1 in her past six outings.

Fresquez said the UFC attempted to secure a new matchup for Holm, but was unable to do so in the short period of time left until the event.