Darren Till responds to Mike Perry’s eye-poke threat: ‘He’s never going to fight me’
This topic has been deleted. Only users with topic management privileges can see it.
F
F
fightgal Reply Quote 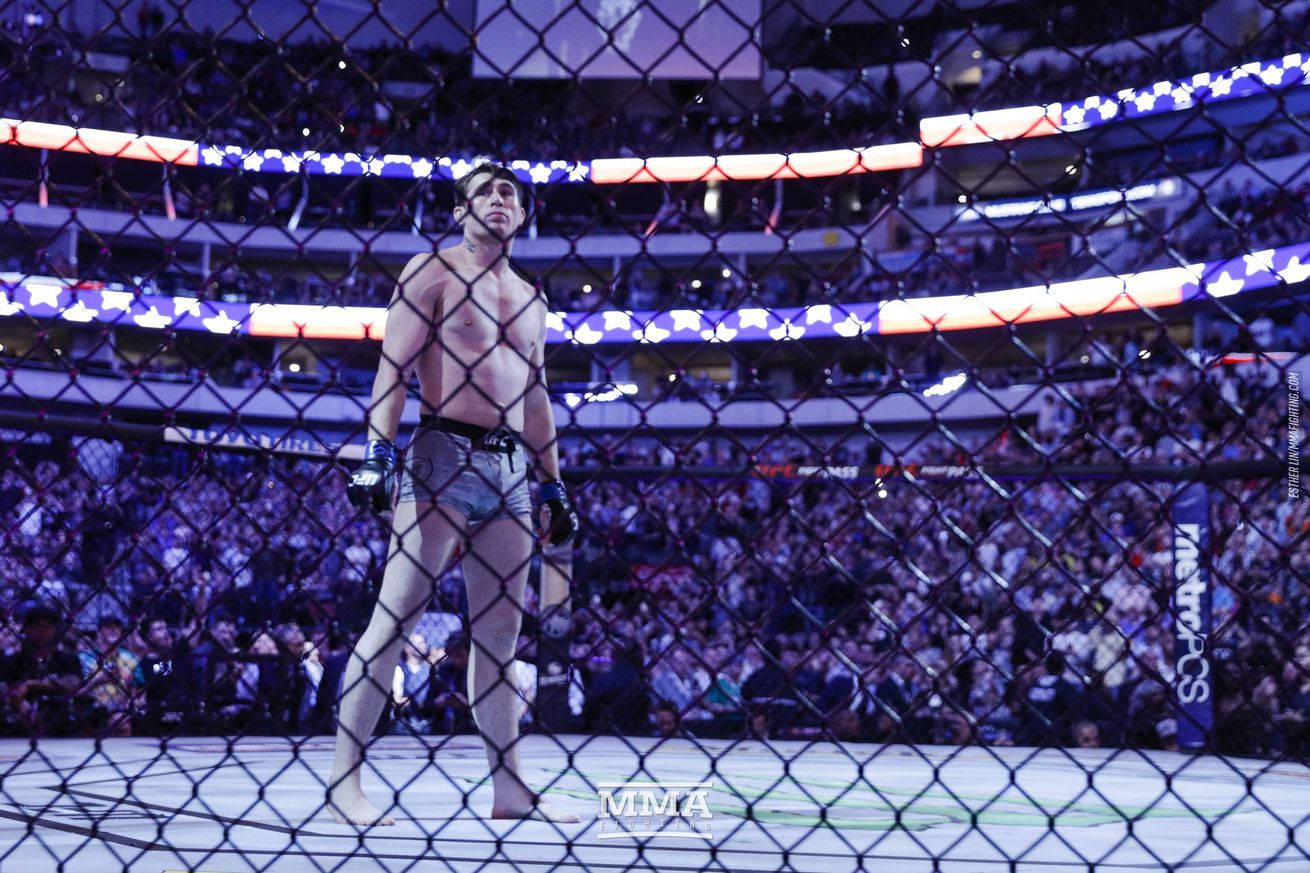 Darren Till has a big fight to prepare for, but that hasn’t stopped him from having fun at Mike Perry’s expense along the way.

On Saturday, Till takes on former middleweight champion Robert Whittaker in the main event of UFC on ESPN 14 event on Yas Island in Abu Dhabi. He’s focused on his return, but he’s also taken every opportunity to get under Perry’s skin— including an insult website mocking his rival.

The attacks have gotten Perry’s attention. Following his win over Mickey Gall this past month at UFC on ESPN 12, he told reporters that if he sees Till anywhere, there’s going to be a fight. “Platinum” even threatened to “stick my finger in his eye.”

In a recent interview with BT Sport, Till responded to those threats from Perry.

“I think it’s just because he’s got a new girl and stuff (like) that probably, a little bit, offended his sensitivity. But that’s the fight game, mate,” Till said. “You have to be able to take it all on the chin, and he obviously can’t.

“So he’s talking like next time he sees me, he’s gonna poke me in the eye or something. Come on, mate, we both know that’s not gonna happen. I’m [6-foot-2]. I’d lift him straight off his feet, but I don’t take offense to it. Let him take offense to it.”

When Till was competing in the welterweight division, there was a time where all signs pointed toward a fight between he and Perry. The bout never materialized, and the pair’s careers went in opposite directions.

Till made the move to 185-pounds after being finished in back-to-back fights by now-former champ Tyron Woodley and Jorge Masvidal. In his first middleweight appearance in the octagon, the 27-year-old picked up a split decision win over Kelvin Gastelum at UFC 244.

As a global pandemic took the world by storm, Till has been quite active on social media, which has boosted his stock quite a bit in that department. When it comes to taking shots at Perry, or even current middleweight champion Israel Adesanya, it wasn’t personal.

“It was time – nothing to do, one training session a day,” Till explained. “We were all bored out of our minds. I thought, ‘How can I make this a better experience for everyone who follows me?’ So everyone knows I was having jokes with the champ and that, then having jokes with Mike Perry, (he) took it the wrong way.

“That’s all I did, and I’ve got a good sense of humor and I know how to write things and word things.”

Perry has found himself in trouble after a video surfaced recently of him striking an older man at a restaurant in Lubbock, Texas. According to a police report, Perry allegedly struck at least three different victims with one of the victims claiming he also struck a woman trying to break up the initial altercation.

The UFC released a statement that Perry will not be offered a fight until he completes a treatment program.

Till wishes the best for Perry, but as far as a future fight goes, don’t expect it to happen.

“I hope he does well,” Till said. “I hope he gets the fights he wants, (but) he’s never going to fight me. I’m fighting contenders, former champs. He needs to worry about his path first before he starts worrying about me, because he ain’t getting that fight.”