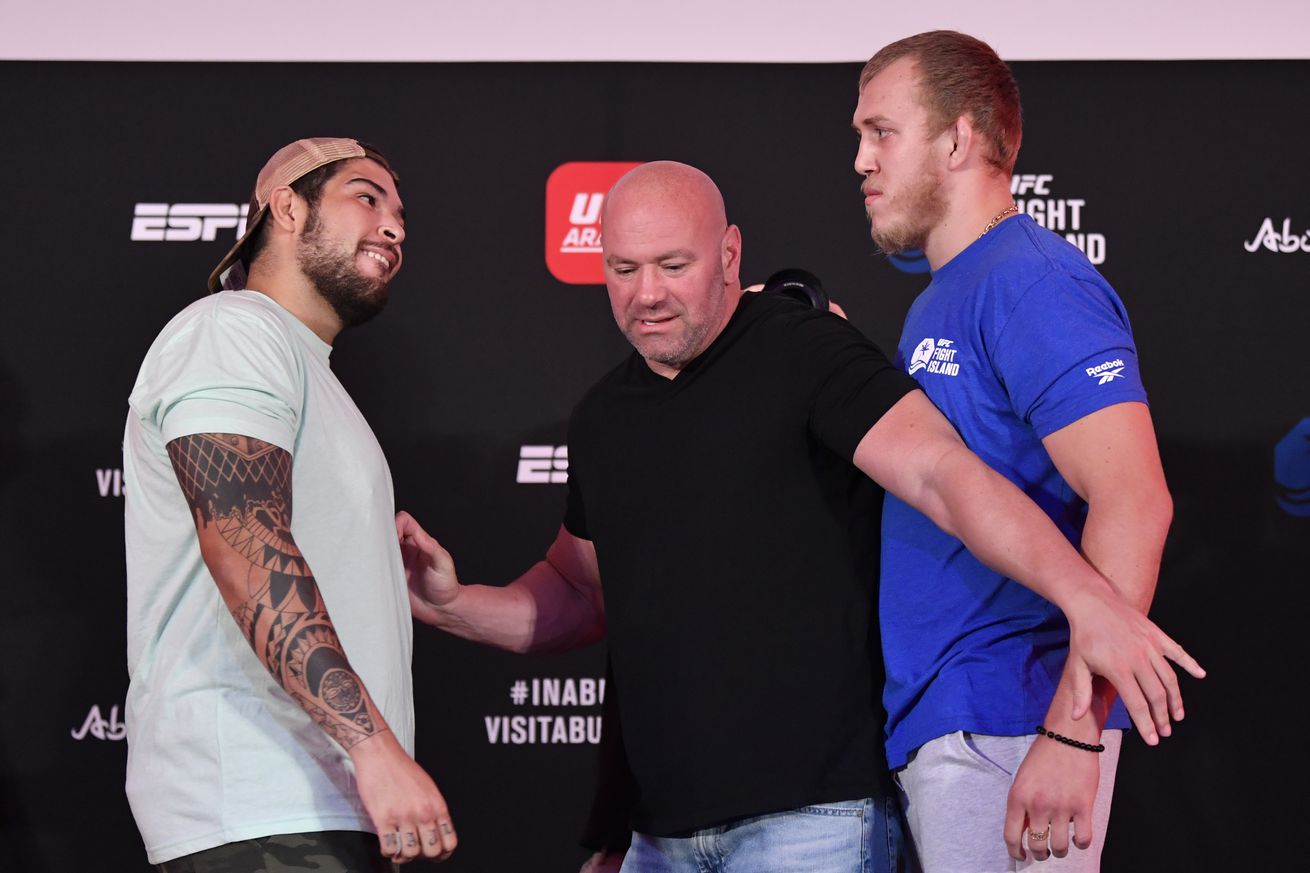 The undefeated Brazilian heavyweight inked a deal with the company to face Christian Colombo in Oct. 2017, but he was removed from the Sao Paulo card after testing positive for the steroid stanozolol. “Boi” denied using any banned substance, but ended up with a two-year ban from the U.S. Anti-Doping Agency.

“It wasn’t easy – I faced a lot of criticism, but tried to keep it out of my mind and keep training,” said Felipe, who competed in boxing, kickboxing and submission matches while serving his suspension. “It’s not the same adrenaline of a MMA fight, but having a date to compete helped me stay motivated to go the the gym and train.”

Felipe was initially released by the UFC after the failed drug test, but re-signed when his suspension was about to over. Still, he had to wait a bit longer to finally walk to the octagon in 2020 when the COVID-19 pandemic forced the promotion to pull the plug on the UFC 250 card in May.

The wait is finally over, and Felipe plans to make up for lost time when he takes on Sergey Spivak at UFC Fight Island 2.

“My opponent is facing my best version,” Felipe said. “Three years without a fight, after so many highs and lows, you have no idea how hungry I am. Someone has to pay for this, and, unfortunately for him, it’s going to be Spivak.”

The Brazilian heavyweight brings a perfect 8-0 record to the UFC with six knockouts. He sees Spivak as the ideal “target” for a perfect debut. Spivak is 10-2 as a professional, losing in two of three octagon appearances.

“It will end by knockout, no doubt about it,” Felipe said. “He’s not very aggressive, and [he] gets scared when someone puts their hands on him. I could see that in his fights with Walt Harris — he got scared and threw himself on the ground. The same thing with Tai Tuivasa and (Marcin) Tybura.

“I’m not a good match-up for him. I’m too aggressive, and he can’t take me down. When I put my hands on him, he’ll get scared and try to take me down, but he won’t be successful. He will get frustrated and get knocked out in the first round.”

The outspoken fighter expects to be a fan-favorite after his long-awaited UFC debut and believes he has the right personality to make him a star.

In the cage, Felipe looks up to heavyweights like Daniel Cormier, Cain Velasquez and Junior dos Santos as role models. On the outside, he’s inspired by the popular Conor McGregor and Nate Diaz in the way he interacts with fans and opponents.

“MMA is not only a sport, it’s a show,” said Felipe, who produced an interesting staredown with Spivak on Friday. “It involves much more than just a fight. Many fighters have been doing this and it works, so why not add that to my game? It’s a double-edged sword, because it has to be natural, otherwise it’s ridiculous to watch. But I have that in me. I love to talk trash, to showboat, so it’s not any hard for me. I’ve been doing this since my second MMA fight.”

When the cage closes Saturday, 25-year-old “Boi” vows to entertain, impress, and put his name on the list of rising heavyweight prospects.