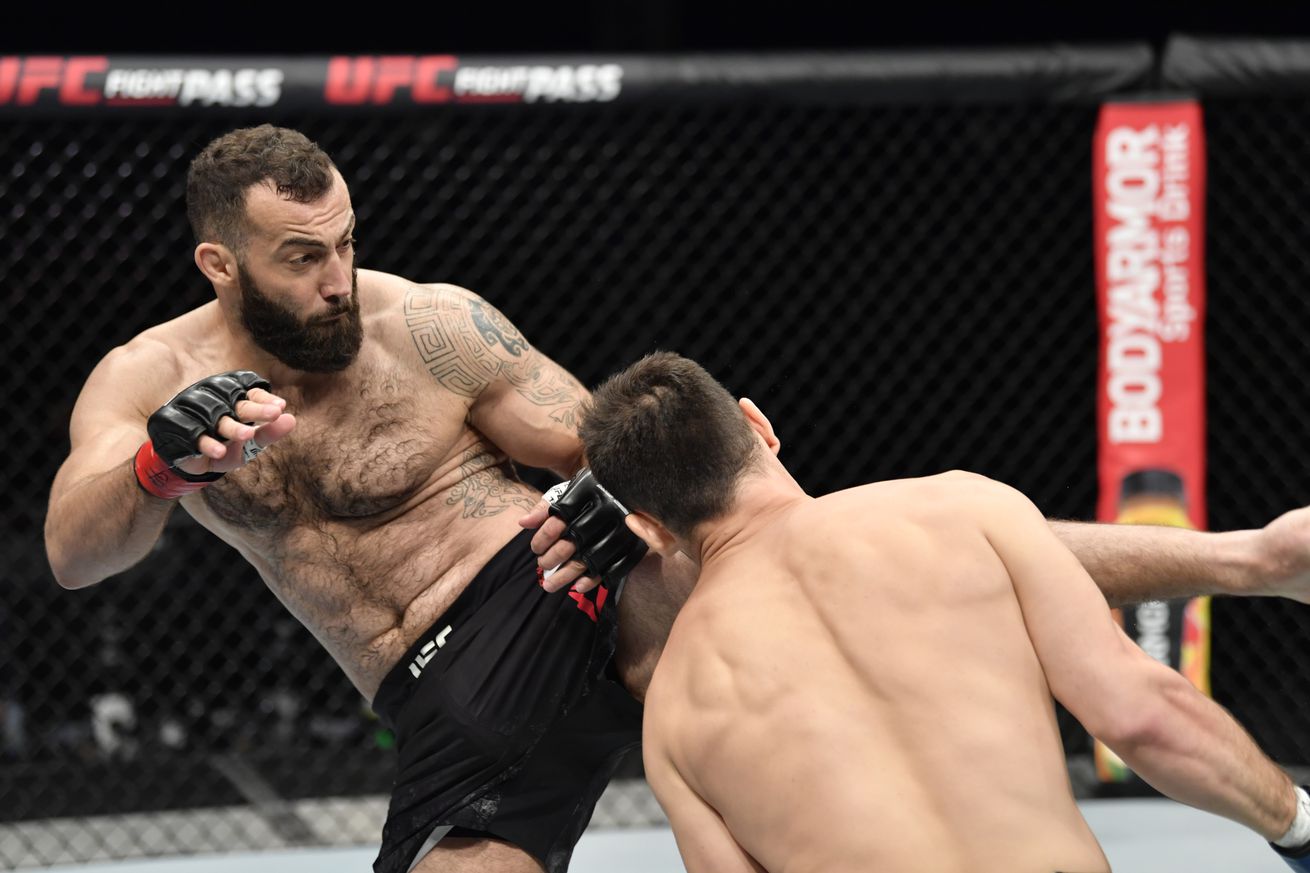 Roman Dolidze made quite a first impression in his UFC debut on Saturday night.

The undefeated light heavyweight prospect capped off his fight against Khadis Ibragimov with a brutal head kick that ultimately connected flush with a knee to his opponent’s jaw. Ibragimov slumped down to the ground after eating the shot and a few more punches ultimately ended the fight.

The official stoppage time came at 4:15 into the opening round.

“I’m very happy,” Dolidze said after his win. “He was a good opponent, tough opponent. I don’t like when someone looked at me like he did yesterday. This was a big mistake.”

From the start of the fight, Dolidze was ready for a striking battle and he made his first real impact after checking a kick from Ibragimov that immediately gained a reaction from the Dagestani fighter.

From there, Dolidze was all smiles as he danced around the cage, forcing Ibragimov into his range as he continued to set up his combinations. Finally, Dolidze uncorked a perfectly timed kick just as Ibragimov was lowering his head.

As soon as the knee made impact, Ibraghimov dropped to the canvas where Dolidze delivered the finishing blows.

Now 7-0 in his career, Dolidze has been a human highlight reel his entire career with all of his fights ending by either knockout or submission. He’s certainly a welcome addition to the UFC’s 205-pound division following his latest win at UFC Fight Island 2.