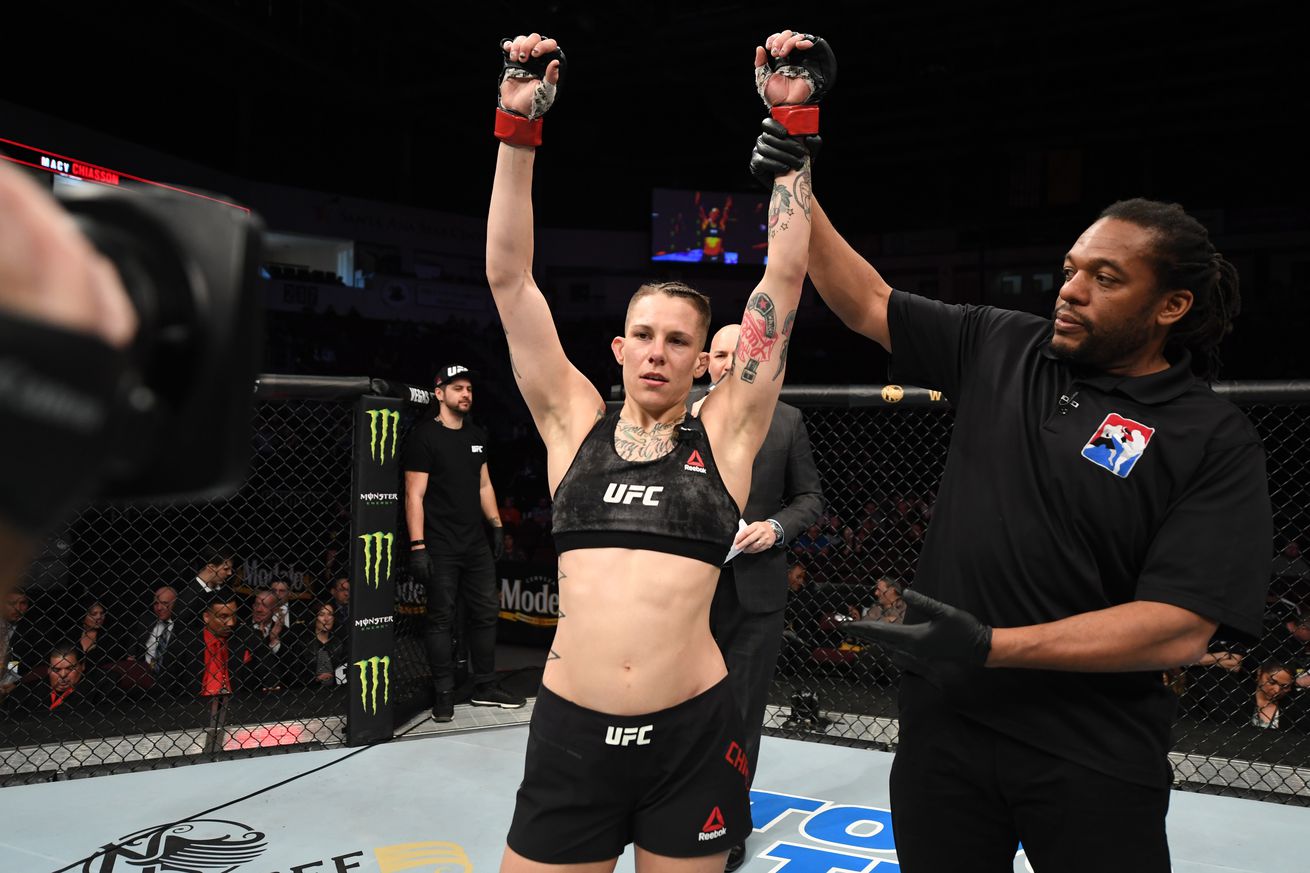 Bantamweights Macy Chiasson and Sijara Eubanks are set to face off this fall after both rebounded in recent appearances.

The vets will meet on Sept. 5 at a UFC event with a location yet to be announced. ESPN.com first reported the matchup, and multiple people with knowledge of the promotion’s plans confirmed the news to MMA Fighting.

The Ultimate Fighter 28 winner Chiasson returns seven months after a win over Shanna Young put her back on the right foot. Previously, she suffered her first professional setback in a bout against Lina Lansberg at UFC Copenhagen.

Since moving from featherweight to bantamweight, Chiasson is 3-1 in the octagon.

In May, Eubanks snapped a two-fight skid by outpointing Sara Moras at UFC Jacksonville. The veteran of The Ultimate Fighter 26 is 1-2 since moving up to bantamweight from the flyweight division, where she missed weight for a bout with Roxanne Modafferi.