Joseph Benavidez on Deiveson Figueiredo: ‘I want to put this guy away … I just don’t like him’
This topic has been deleted. Only users with topic management privileges can see it.
F
F
fightgal Reply Quote 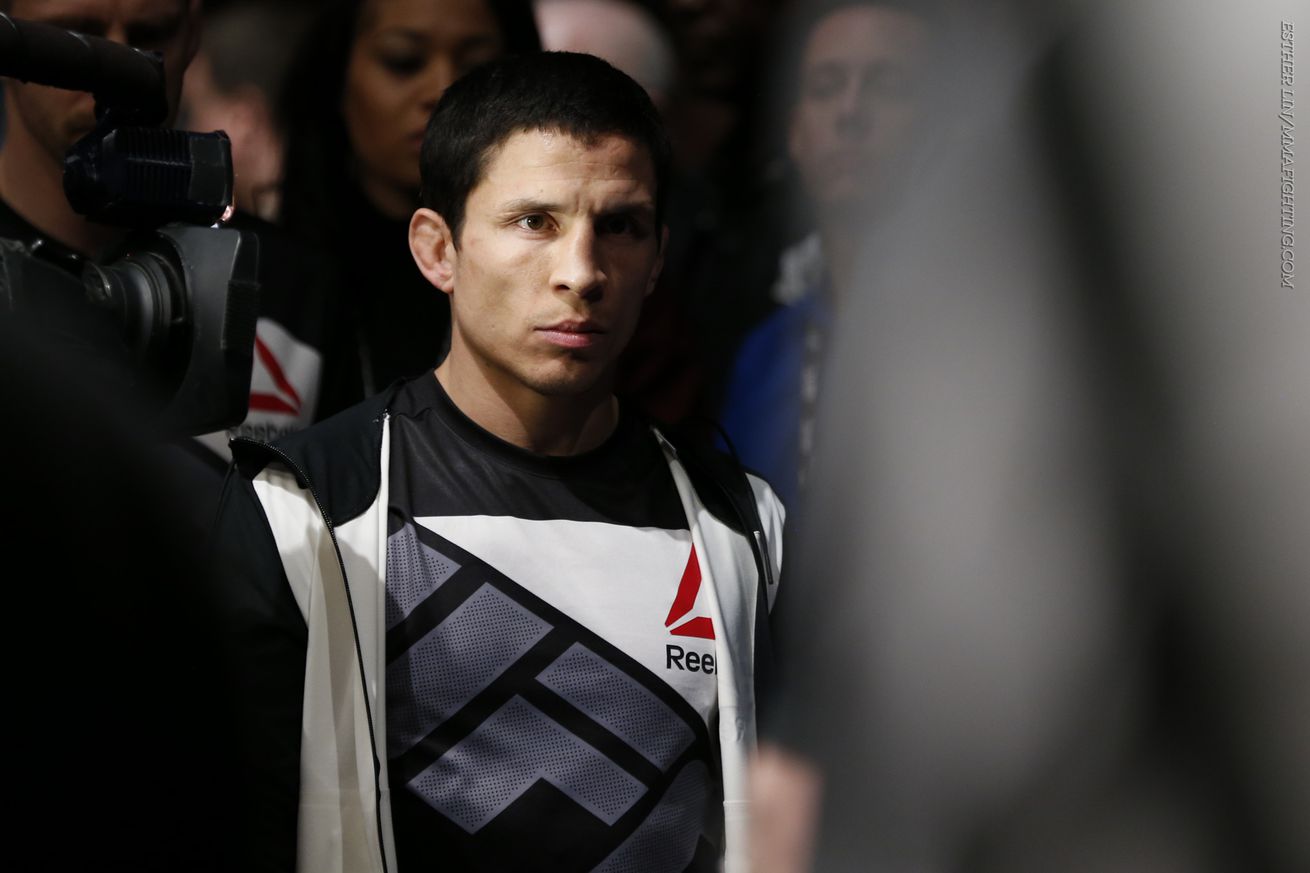 Joseph Benavidez can count on one hand the number of opponents he truly disliked.

Through the natural course of events in the lead up to a fight, the three-time flyweight title contender has exchanged words with other fighters and he’s gone through several rivalries over the year.

That’s still a stark contract to feelings he has towards Deiveson Figueiredo ahead of their rematch on Saturday night.

Prior to their first meeting, Benavidez was largely cordial towards the Brazilian but the aftermath of that fight has definitely made him think differently this time around.

Part of the reason comes down to Figueiredo missing weight for their championship clash back in February, which was supposed to end with the flyweight title wrapped around one of their waists. That fight came to a close after an accidental clash of heads left Benavidez on wobbly legs and Figueiredo seized on the opening to go for the finish.

In the aftermath of that fight, Figueiredo has downplayed the significance that the head butt had on the outcome of the fight, which has only added even more fuel to the fire when it comes to Benavidez and his desire to win the rematch this weekend.

“It really does,” Benavidez told MMA Fighting when asked if Figueiredo’s demeanor bothered him. “Just the fact that he’s kind of like a villain to everybody I think. I don’t like him. That is rare for me. It’s not personal cause I don’t really know him, know him personally and everything. I definitely don’t like him.

“It definitely makes you want to go out there and hurt someone worse because when you fight, you win … you hurt him by proxy winning an MMA fight. You kind of have to. It’s one of those things where I want to put this guy away. I want to shut him up. I just don’t like him and that rarely happens in my career.”

According to Benavidez, the way he feels towards Figueiredo has only been matched twice previously in his career.

In both of those instances, the emotional element didn’t weigh him down going into the fight and the results went in his favor.

“The only people I haven’t liked and felt like I wanted to do that, the same similar way that I could compare was Miguel Torres back in the WEC. Ruined him,” Benavidez explained. “Then Henry Cejudo, beat him, [that] was his last loss. It was a great fight as well.”

While the disdain he feels towards Figueiredo certainly doesn’t guarantee victory, Benavidez knows at worst that the emotions simmering at the surface in this fight won’t serve as some sort of a distraction when the cage door closes.

He demolished Torres inside two rounds and he beat Cejudo in a three-round decision. Benavidez would like nothing more than to add Figueiredo’s name to his resume while also becoming the new UFC flyweight champion.

“That’s a pretty good track record for that feeling,” Benavidez said. “It’s nothing crazy emotional. It’s just like you’re actually fighting a guy you don’t like.”