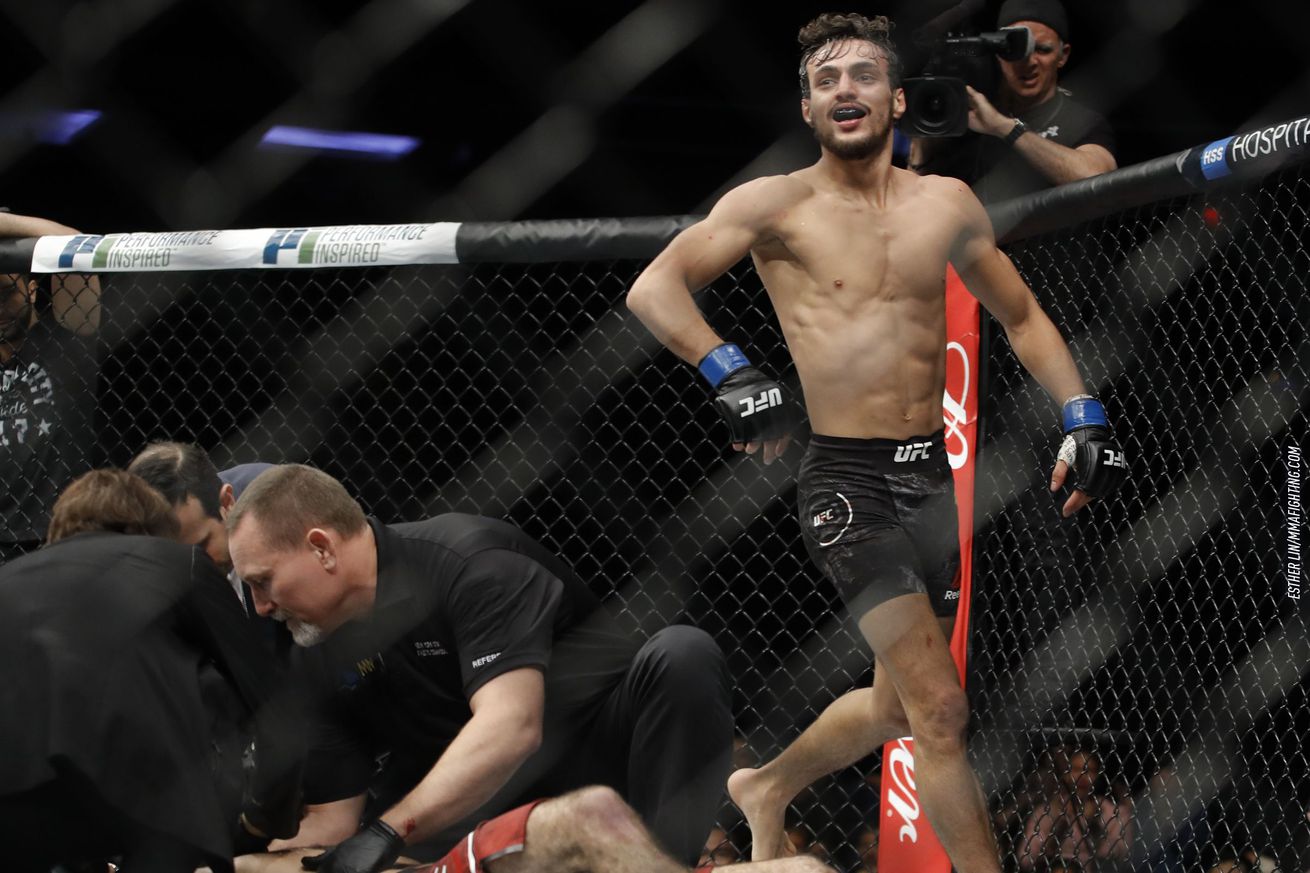 Giving a fighter his first loss is not something new for Ricardo Ramos. The “fun” part of his next UFC bout is where it’s taking place.

“Carcarcinha” will be on UFC’s second “Fight Island” card in Abu Dhabi on July 15, taking on undefeated featherweight Lerone Murphy. “Carcacinha” stopped Eduardo Garagorri inside one round in his last octagon appearance in Brazil, going 4-0 against unbeaten foes.

“This is not something new for me, and I think it’s an extra weight on their shoulders,” Ramos told MMA Fighting. “They might say it’s not, that it motivates them, but I’ve been there and I can say it is. I also believed that, so I think that’s something I can explore.

“Being undefeated brings a responsibility, and the fact that I’ve been in that same position in the past gives me extra knowledge about them. It’s an advantage for me.”

Taking the zero away from someone’s record is a cool story to tell people, but Ramos tries “not to get too involved” with whoever stands across the eight-sided cage.

“When I enter the octagon, that’s simply me trying to impose my techniques against their techniques,” he said. “I try not to get emotionally connected with their stories and what they represent, but I can’t say that knocking someone off the tracks doesn’t have a different taste [laughs]. They are confident, they have it building after each win, and knowing that you were the guy that stopped him, that means something.”

The UFC Fight Night card will take place in Abu Dhabi’s Yas Island, a series of four events designed to give opportunity to fighters outside the United States to compete during a global COVID-19 pandemic.

And it brings back a few childhood memories.

“For me, I’m going to the Mortal Kombat island, I’m living something I’ve played in the video games years ago,” Ramos laughs. “Going to Abu Dhabi… I’m a traveler, I love to travel, and going to Abu Dhabi and getting to know that place, sharing and learning from the people there, it’s going to be amazing. We’re making history here. I’ll be proud to tell this story to the next generation.”

The end of that story will include a victory over Murphy, “Carcacinha” says, but the exact way it comes is not something he will even attempt to predict.

“I don’t know much about him,” Ramos said. “He’s pretty complete, much like the other athletes I’ve fought before. He’s very technical on the feet, but every fight is unpredictable.”

Ramos would try to envision the best path to a victory in mixed martial arts in the past, but it hasn’t gone well in two of his 14 professional bouts, losing to Said Nurmagomedov and Manny Vazquez in his bantamweight days. Now, the Brazilian 145-pounder just goes with the flow.

“I’ve been changing the way I prepare for my fights,” Ramos said. “When we try to predict the future and what the other guy will do, that ends up affecting the way you prepare for a fight. I’m working with the unpredictable now. I obviously watch his fights, but I try not to get too involved with it.

“I have a team of coaches that break down my opponents and find patterns, but I focus more on my performances in the octagon and my physical and technical evolution. I don’t wait for an opponent to look for evolution.”

Murphy, who fought to a draw with Zubaira Tukhugov at UFC’s only trip to Abu Dhabi in 2019, was victorious in every single one of his other amateur and professional mixed martial arts bouts. Unlike Ramos, most of his victories came by way of knockout.

“You can say the submission is the best way (to win) statistically speaking, but I’ve been working on other things and I’ve proven to be a complete athlete,” Ramos said. “I can fight on the feet and on the ground. Unpredictability is always the best way. I’ve seen that the ground game is a good path and submitting him would be great, but I’ve seen many openings on the feet and a knockout is also quite possible.”