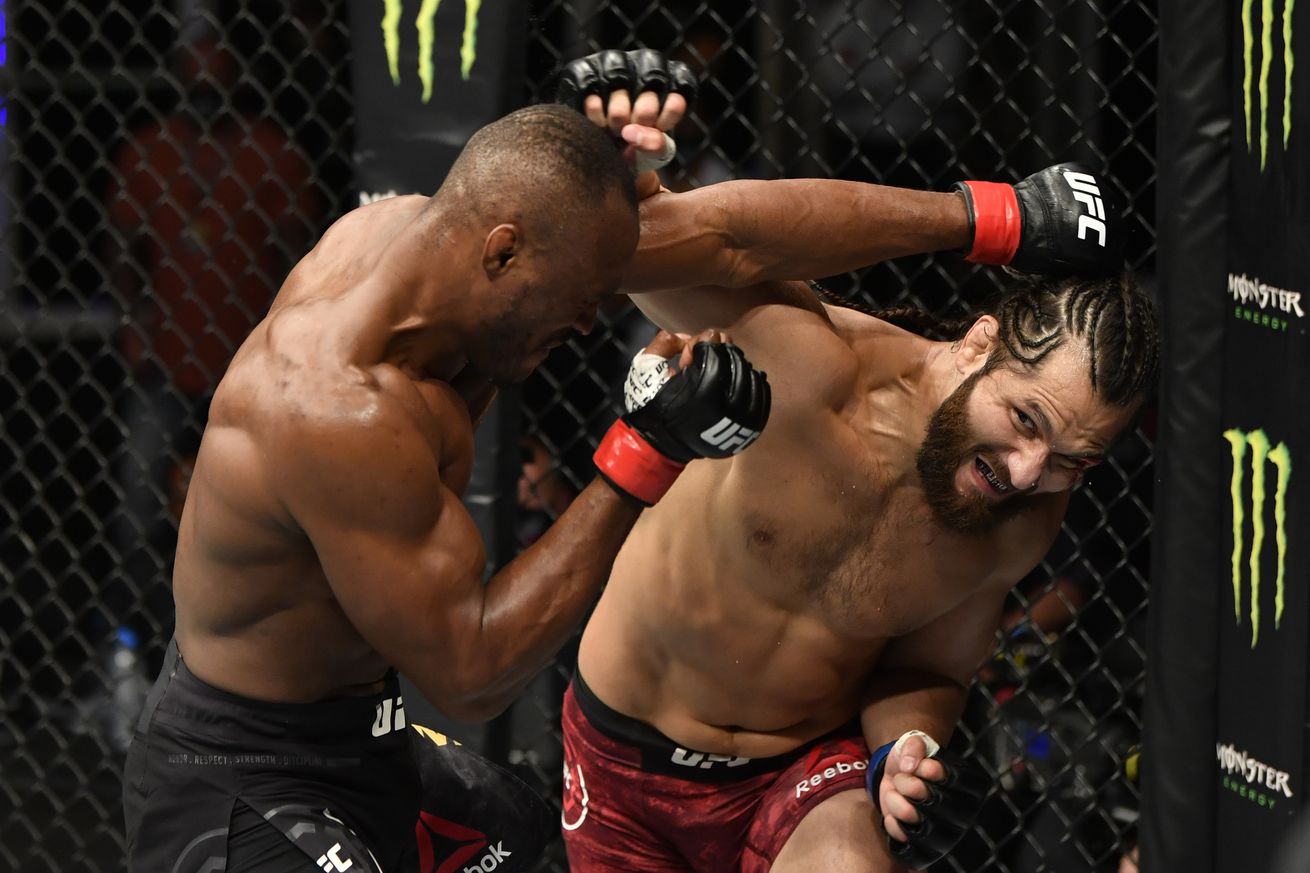 UFC 251 might go down as one of the biggest cards in the promotion’s history.

According to a report from The Athletic, the event from this past weekend featuring Kamaru Usman vs. Jorge Masvidal reportedly sold around 1.3 million pay-per-views on ESPN+.

Masvidal, who lost a unanimous decision to Usman, thanked fans for their support.

The UFC sells all of their domestic pay-per-views through ESPN, and those numbers are not made public, so it the buyrate is impossible to verify at this time. That said, UFC president Dana White teased that expectations for the card were quite huge even before the initial number came in; final numbers wouldn’t be available for several months because many of the PPV buys come after fight night.

“This thing is trending higher than a Conor McGregor fight,” White said prior to the event. “The only thing this fight is comparable to is Conor-Khabib [Nurmagomedov].”

UFC 229, which featured McGregor vs. Nurmagomedov in the main event, reportedly sold around 2.4 million pay-per-views. That remains the largest selling UFC card in history.

While 1.3 million buys doesn’t displace UFC 229 as box office champ, this past Saturday’s pay-per-view could be the promotion’s biggest card since the 2018 event. At worst, it could make UFC 251 one of the top five pay-per-view cards in the company’s history. Four of those five cards have been headlined by McGregor, with UFC 100 also reportedly selling around 1.3 million pay-per-views back in 2009.

Expectations for UFC “Fight Island” were high with the dearth of live sporting options, but the addition of Masvidal to the main event – on just six days’ notice – likely made a massive impact. He had engaged in a heated rivalry with Usman for months, which only built the anticipation toward an eventual showdown.

Prior to inking a deal for the fight, Masvidal had failed to reach financial terms with the UFC, but his team was ultimately able to lock down a new contract after Gilbert Burns was forced off the card following a positive test for COVID-19.

According to Masvidal, one of the biggest sticking points in his contract was the ability to earn a bigger share of the event’s PPV profits. With the reported success of UFC 251, he should be very happy with his paycheck.