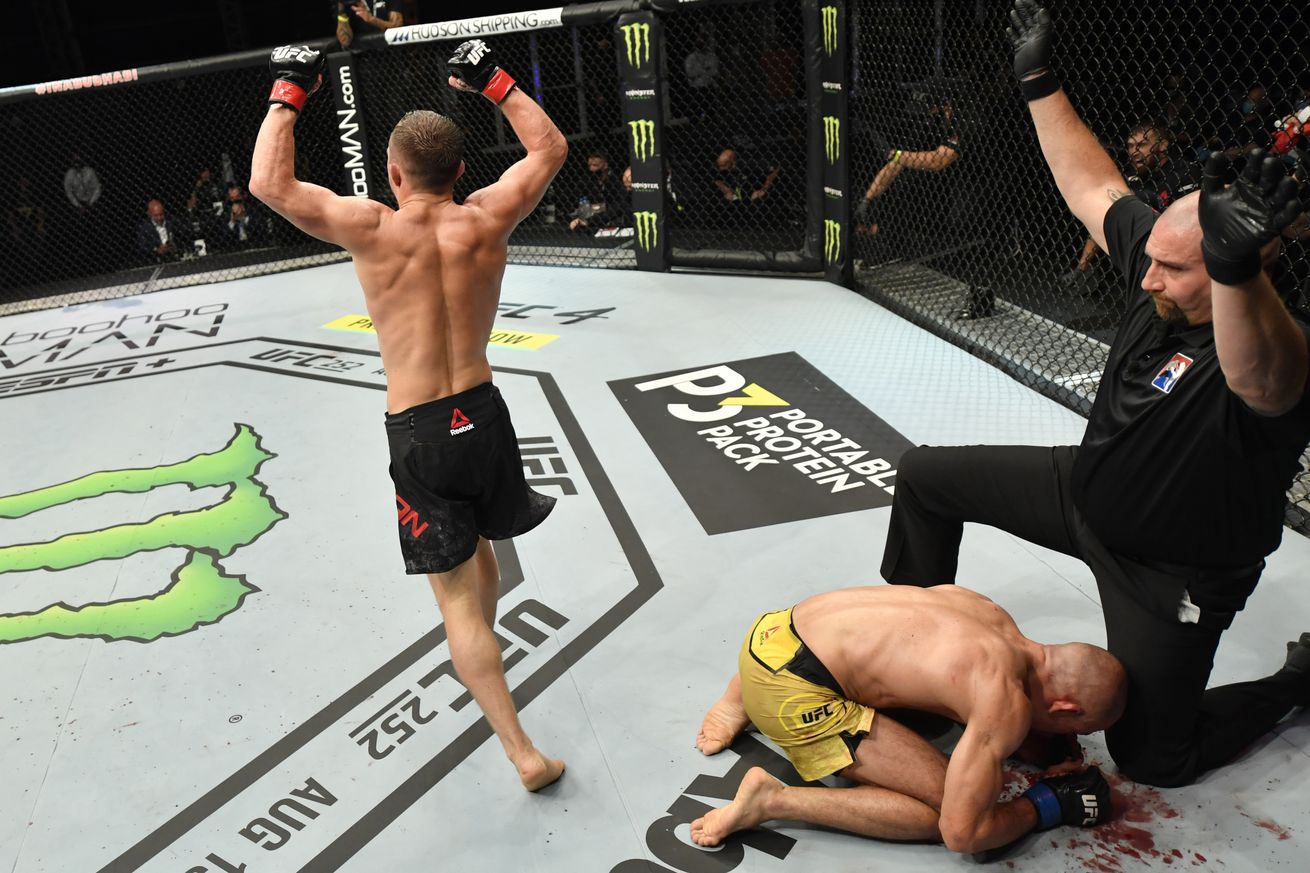 Even in a losing effort, UFC President Dana White thought Jose Aldo looked great once again in a world title fight. What troubles him is the way in which the ex-champ’s fight ended.

The two-time featherweight titleholder was foiled in his attempt to add the UFC bantamweight title to his collection after falling to Petr Yan via strikes in the fifth round. Yan brutalized Aldo with ground-and-pound, and on multiple occasions, it looked like referee Leon Roberts could have waved off the bout. Instead, Roberts gave Aldo as much of a chance as he could to get back in the fight, even as Yan rained unanswered strikes down on an opponent that was offering only token defense.

White complimented Aldo on a competitive performance, but ripped the refereeing (he did not call out Roberts by name) for allowing Aldo to take unnecessary damage.

“I thought Aldo looked great, for people that were criticizing him saying he doesn’t deserve another title shot,” White said at the evening’s post-fight press conference. “Horrible, horrible stoppage by the referee. Should have been stopped way sooner. Looks like we’ve got to tighten up our refs and judges here on ‘Fight Island.’”

The fight, which crowned a new UFC bantamweight champion after previous titleholder Henry Cejudo announced his retirement, was close through the first three rounds. But the younger Yan gained a clear advantage in round four before shutting the door in the fifth.

Asked about whether he thought the fight should have been stopped sooner, Yan said he took no issue with Roberts’ call.

“I think everything was right,” Yan said at the evening’s post-fight press conference via a Russian translator. “It’s a championship fight between two warriors, so just not to leave any questions behind, the referee made this choice.”

Now that the bantamweight division has a champion again, there are several contenders waiting to challenge Yan, first and foremost Aljamain Sterling. White would not commit to giving Sterling the next title shot, saying that his attention right now is focused on the UFC’s next show, which takes place this Wednesday.

He didn’t have a definitive answer for what should be done with Aldo either, but what he saw convinced him that Aldo still has a lot to offer as a competitor. Aldo signed an eight-year deal to stay with the UFC in May 2019 and Saturday’s bout with Yan marked the third bout of that contract.

White thinks Aldo was more than worthy of the title shot he was given, and he’s leaving Aldo’s next decision in the fighter’s hands.

“He just fought the best guy, the guy who’s lined up for the next title shot,” White said. “And he looked damn good doing it, he can do whatever he wants.”