Kamaru Usman responds to fans who say he’s not entertaining: ‘I’m a true martial artist, not a trash-talking genius’
This topic has been deleted. Only users with topic management privileges can see it.
F
F
fightgal Reply Quote 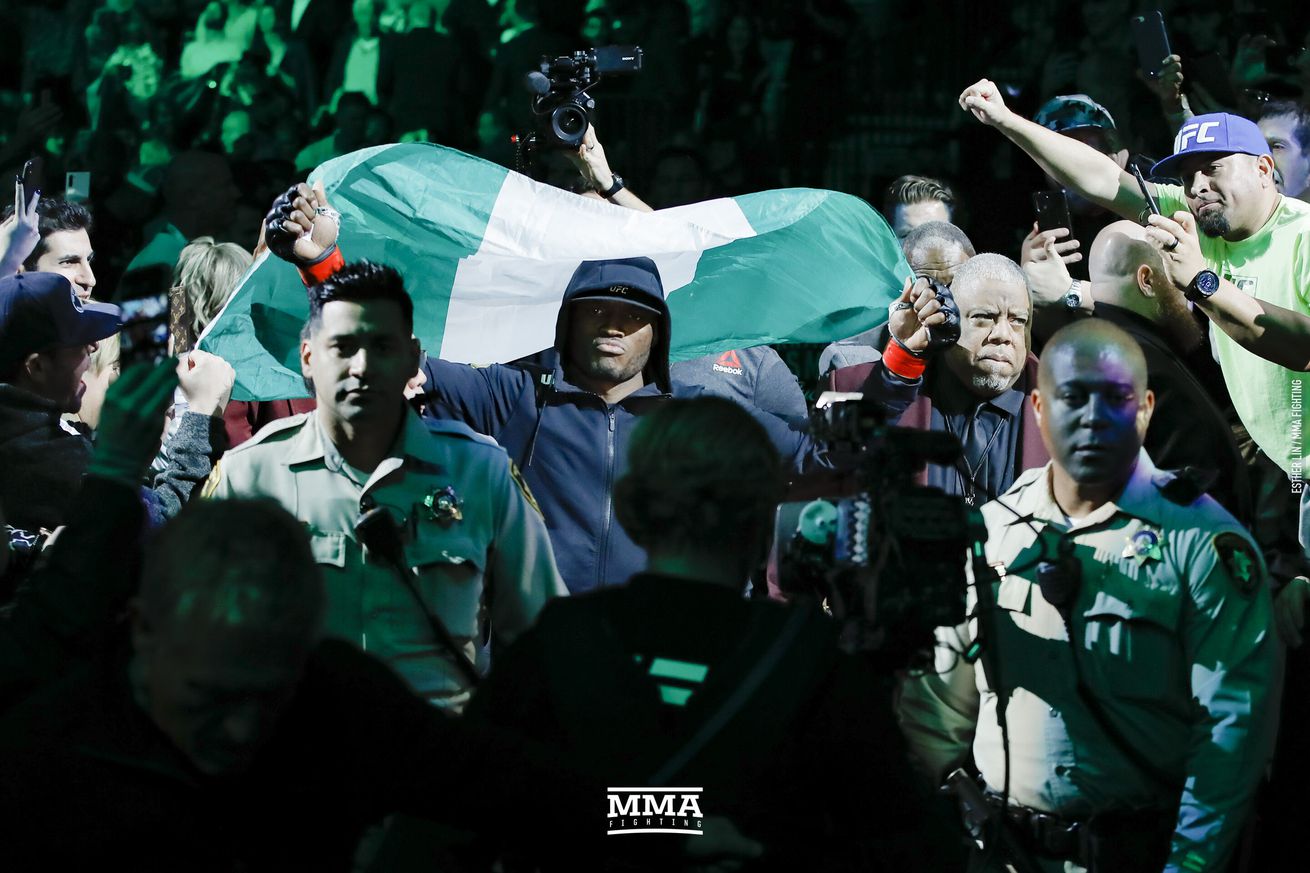 Kamaru Usman may not be getting the credit from fans for his approach to the fight game, or taking the UFC 251 main event fight with Jorge Masvidal. That’s just fine with him.

Usman’s originally scheduled opponent for the event was his teammate, Gilbert Burns before a positive COVID-19 test lead to a short notice switch up. Now, “The Nigerian Nightmare” is happy to give the people what they want in his second title defense.

There’s certainly more heat between he and Masvidal, which includes an incident during Super Bowl week where the two were separated on radio row. With the rivalry at the center of the buildup for UFC 251, Usman isn’t focused on the rivalry, or any pre-fight back-and-forth with his opponent.

“I’m a true martial artist,” Usman told reporters following the UFC 251 weigh-ins. “I don’t care for all of the trash talk. That’s kind of been a knock on me. Everyone’s like, ‘Oh, you don’t entertain us. You don’t give us the bullsh*t and this and that,’ I don’t really care. I got into this to be a martial artist, not to be a trash-talking genius or machine, or what not.

“Everything that I say is facts. It’s truly what I feel. Like I said in my last fight (with Colby Covington at UFC 245), I broke that guy’s face and that’s kind of what happened. The fight before that, I said I was gonna dominate (Tyron) Woodley from start to finish and that’s exactly what happened.”

Masvidal enters his first UFC title fight following one of the most impactful years in the history of the sport. After taking all of 2018 off, “Gamebred” launched himself into superstardom with devastating finishes of Darren Till and Ben Askren, along with a dominant doctor’s stoppage win over Nate Diaz in the main event of November’s UFC 244 event for the “BMF” title.

The champion may not be a fan of Masvidal the individual, but he has all the respect in the world for the fighter.

“I’m not sleeping on his skills,” Usman explained. “I’m not saying he doesn’t have skills, you still have to have skills to be around after 16 years in the game. Now, do I think his skills are comparable to mine? I don’t think so. But I think that he is the biggest, baddest dude that I’m facing next.

“I give credit where credit is due. Just like my last fight, it takes two to tango in here. It’s not just about me. There are very few guys in history who can just sell things by themselves—like a Muhammad Ali, or a Mike Tyson. It takes two. I need the right dance partner to be able to go out there and put on a performance like my last fight. I’m hoping that’s what is going to happen.”

UFC president Dana White said on Friday that Gilbert Burns is “in a good spot” to take on the winner of Saturday night’s welterweight title fight. Usman is focused on his next opponent, along with proving a point to Masvidal, and MMA fans around the world.

“I just don’t think this guy’s on my level and [Saturday] night, I just have to go out there and prove it.”