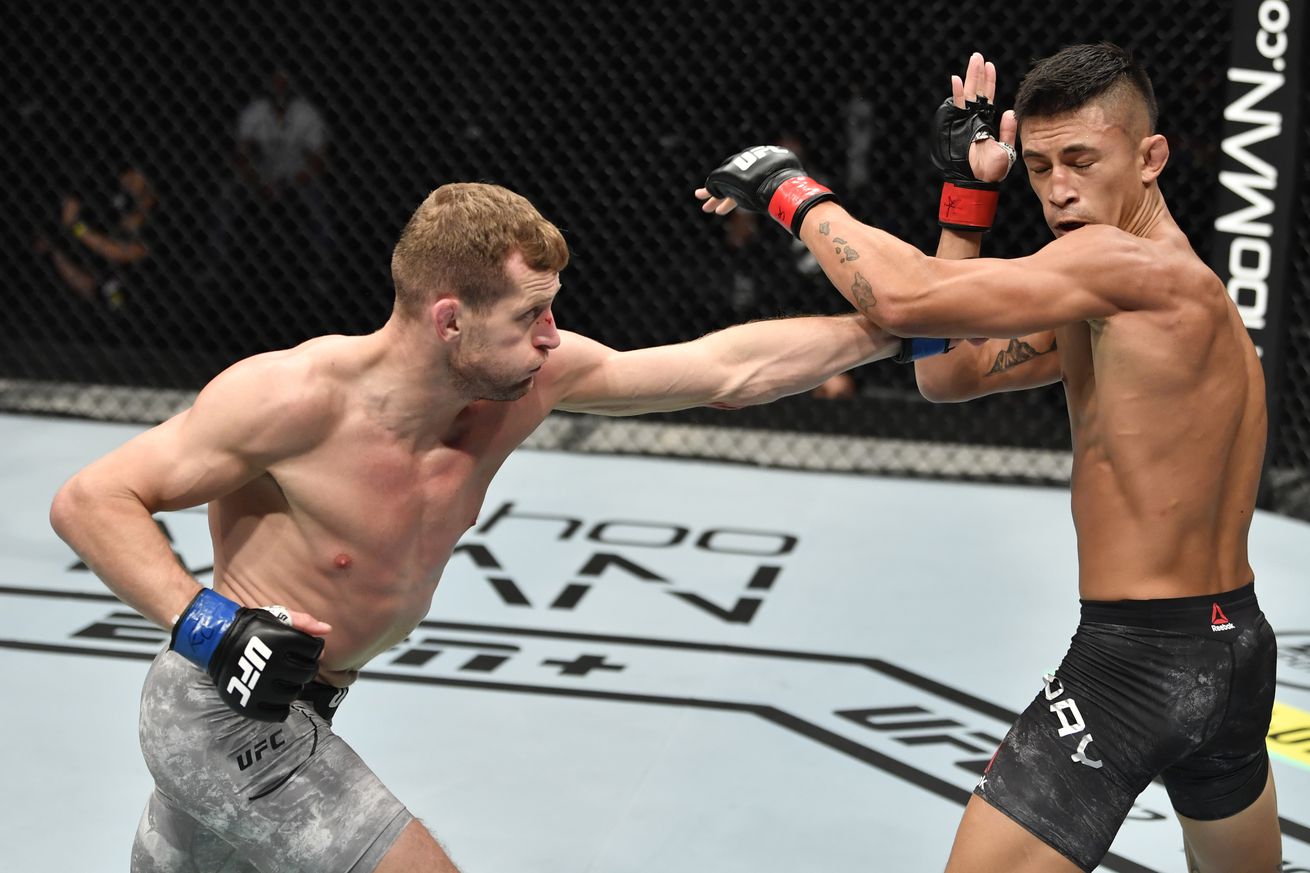 Davey Grant came dangerously close to being finished in the first round at UFC 251. But he didn’t give up on Martin Day, and midway through the final frame, he found the knockout shot.

After getting dropped by a punch in the first round, Grant took control, rocked Day with punches in the second, then took the fight to the mat in the second. Then at the 2:38 mark of the third, he and Day each threw a hook. Grant’s left connected first, and Day fell to the canvas.

Check out the video below.

@DaveyGrantMMA ends it in rd 3

@Bisping is lost for words after that one! #UFC251 pic.twitter.com/LzWmbHrSXA

Afterward, Grant appeared on camera with a noticeable protrusion on the left side of his face. As it turned out, he’d broken his jaw in the first round.

The father of three and veteran of The Ultimate Fighter 18 picked up his second straight win after a decision over Grigorii Popov this past November at UFC Moscow.

Day remains winless in the UFC after his debut ended in a split decision loss to Pingyuan Liu in November 2018.